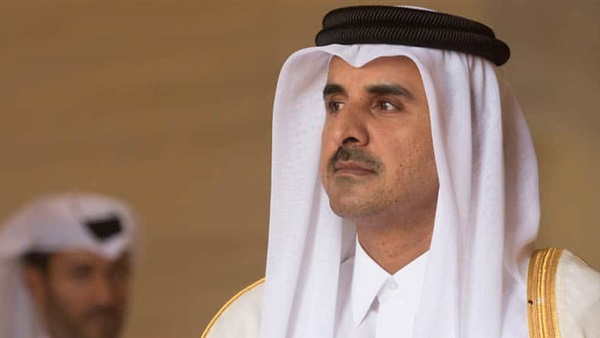 Qatarileaks website affirmed that both Tamim and Erdogan ignite the conflict in Syria creating heinous crimes against the Syrian and Arab people, as the British newspaper revealed that Qatar and Turkey supported the terrorist militias in Idlib, where besieged Syrian civilians, killing more than 200 people and displacing 600,000 others, including 6,000 children, which made international accusations chase Tamim and his regime of being the cause of the suffering of the Syrian people and the aggravation of their crises.

The site said that although the Syrian crisis lasted for nearly ten years, international organizations have not found a solution yet, as a result of Turkish and Qatari interference in Syria's internal affairs and the supply of armed organizations with money and weapons, pointing out that the United Nations organization seeks to prevent Qatar and Turkey's support for terrorism. In Syria so that it can find radical solutions to the current conflict.

Earlier, Maat Foundation prepared a video report that reveals details for the first time about the role played by Doha and the organization of Al-Hamdeen in the region through media outlets in Europe and Doha promoting lies and targeting the stability of countries, by hosting terrorist elements through their screens and promoting the ideas of these terrorist groups. Which reveals the truth of Qatar and its efforts to tarnish the image of Arab countries.

The case of the American photographer

In the same context, Matthew Shearer - an American journalist photographer who was detained by al-Qaeda members in Syria - filed a lawsuit against Qatar Islamic Bank, due to the involvement of members of the Al-Thani family in the management of the bank with the support of his terrorist detainees.

Shearer, “The Final Battle,” began to shape his painful experience by bringing Qatar Islamic Bank, which has facilitated support for extremist operations, to justice.

Shearer’s call to US courts comes weeks after judicial documents in the British High Court revealed that Qatar’s Doha Bank had transferred large sums of money to the internationally classified Jabhat al-Nusra, a terrorist group.

A claim for compensation was filed against Doha Bank to the Supreme Court in Britain by eight Syrian prosecutors, who currently live in Europe, and said they had suffered "severe physical and psychological injuries" at the hands of the militant group funded by Qatar.

The Qatar Charity Foundation was one of the organizations mentioned in the lawsuit, and it is an organization run by individuals close to the Emir of Qatar, Sheikh Tamim bin Hamad Al Thani, as well as senior officials in the Qatari government.

Shearer's complaint was based on evidence and testimonies submitted to a subcommittee of the House of Representatives for Financial Services in 2003, claiming that the Qatar Charity Foundation “played a crucial role in the Arab-Afghan terrorist infrastructure” by laundering and transferring funds owned by Osama bin Laden and his allies.

The leaked cables from 2009 indicate that the US government was concerned about the Qatar Charity Foundation because of its "suspicious activities abroad and its relations with extremists", as well as "its intention and willingness to provide financial support to terrorist organizations that want to attack American people or interests."