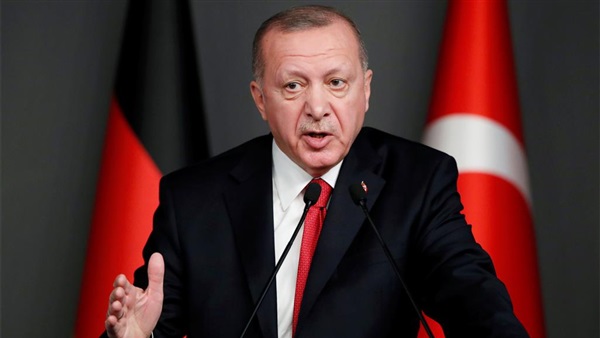 Iranian tampering in the region continues, following Erdogan's lead in transferring Syrian mercenaries to Libya; an Iraqi military official has revealed that the Iraqi government has reached an agreement with the Syrian government and the Lebanese Hezbollah militia under the supervision of the Quds Force, the Iranian Revolutionary Guard Corps (IRGC) wing, to transfer the families of Daesh terrorists from Al-Hol camp north Eastern Syria to Al-Amla camp and other camps west of Mosul.

The camp consists of 4,000 tents and the completion rate has exceeded 50 percent, in addition to building a security audit office in the Rabia sub-district.

Kurdish authorities say they are holding 12,000 non-Iraqi foreigners, including 4,000 women and 8,000 children, in three displacement camps in north-eastern Syria. The majority are being held in Al Hol.

This came after a member of the Iraqi parliament from Nineveh, and last week's report from Human Rights Watch (HRW) documented preparations that are being made to transfer 32,000 people, most of them women and children, from Syria to Iraq.

The new facility would reportedly be established in the al-Amla area of Nineveh’s al-Zummar sub-district. The relocation process would be concluded within three months, according to the lawmaker. One displacement camp already exists in al-Amla and the new facility is said to be nearby.

An official at the Iraqi Ministry of Defense said in press remarks that during the past months, several meetings took place between the Iraqi and Syrian governments at the level of security and military leaders, in the presence of leaders from the Popular Mobilization and Lebanese Hezbollah and officials from the Quds Force to transport these families to Iraq and distribute them in camps located Between Zammar and al-Rabiah, including al-Amla camp, most of them were families of Iraqi Daesh terrorists. "

Syria is unable to house these families especially with fears that they might escape in Syria because of the continuing deterioration of the situation there, so these families will be under strict supervision by the Iraqi security forces and the popular crowd until their rehabilitation.

Muzahim al-Hewitt, a spokesperson for the Nineveh Arab Tribes, in press remarks has considered transferring the families of terrorists to camps in Mosul to be an insult, pointing out that the residents and families of this region suffered killing, oppression and genocide by Daesh terrorists.

The choice of this region appears to be a major problem that hinders the return of the displaced and is also a security threat to Nineveh province in particular, he warned.

He further stressed that Iran is pressuring the Iraqi government to implement this decision with an aim to sow sedition and sectarian strife in the region, affirming that among these families are sleeper members and leaders of the terrorist organization.