Boris Johnson's statement to MPs about HS2 and transport infrastructure 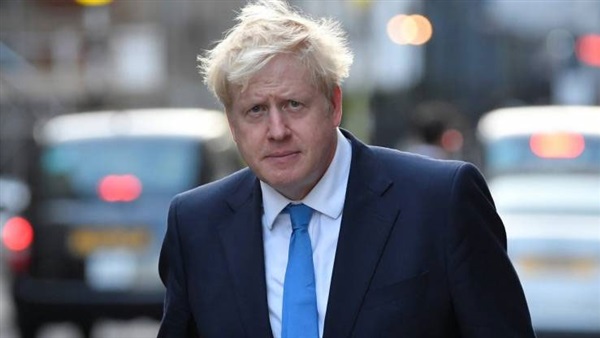 Johnson says defending HS2 has not been made easy by the conduct of HS2 Ltd.

He says it has not handled the impact on residents affected very well.

But the Oakervee review makes the case for HS2, he says.

He says HS2 will lead to notably faster journey times.

It will not just to go Birmingham, he says. He says it will go beyond that, and that none of the improvements to rail in the north of England make sense without HS2.

He says the HS2 plans have been improved by contributions from MPs.

He says today the cabinet has given the plan its approval. And he says the first section could be complete by the end of the decade.

Johnson says the transport revolution is local, because it must be local. The government will unite and level up the country with local improvements.

It will also make places more attractive to live in, he says.

But he says the government cannot address these problems in isolation. It must fix “the spine”, as well as the joints, he says.

And that is why it must take a decision on HS2, he says. He says the government has “the guts” to take this decision.

HS2 will take 50 minutes off the time to Glasgow, he says.

Johnson says he is embarking on a massive programme of investment in local transport, including spending £5bn on buses and bicycles.

And he says cyclists will enjoy hundreds of miles of dedicated cycling lines, creating “mini Hollands” around the country.

Johnson says there will be more details in the budget. But he announces some plans getting the go-ahead today.

He says there are many reasons why London is so productive, but one is London’s effective transport system. As it has expanded, the transport system has brought hope and jobs to people in London and beyond.

He says his government will take this approach and apply it across the whole country.

He says people know “this country is being held back by its inadequate infrastructure”.

According to a blog by ITV’s political editor, Robert Peston, at a meeting at No 10 this morning Dominic Cummings said the court of appeal’s decision last night to halt the deportation of some foreign offenders to Jamaica was “a perfect symbol of the British state’s dysfunction”.

Cummings is still seen as a very powerful figure in No 10, despite reports saying that he is increasingly losing battles over policy and despite the fact that he managed to seem even more eccentric than normal when he gave an interview to TV reporters this morning. (See 10.54am.)

Cummings said to officials that the support for the court ruling among MPs and hacks “shows they still haven’t understood what the last few years has been about, the country outside London is horrified but rich London is cheering the lawyers”.

The government said it “bitterly regrets” the decision of the court of appeal judges to stop the deportation of 25 offenders to Jamaica.

At the Downing Street lobby briefing, the prime minister’s official spokesman said the offences which this group of people were responsible for include one case of manslaughter, one firearms offence, seven violent offences, two which are in the category of rape and sexual offences and 14 drugs offences. They have been kept in detention centres though they are now able to appeal their immigration detention and make applications for bail. The spokesman said:

We bitterly regret this decision which prevents the removal from our country of foreign criminals convicted or rape, manslaughter, sexual attacks and violence and drug crimes which spread misery across our communities. The legal process for removing these offenders, which included repeated appeals and judicial reviews, has already cost the British public tens of thousands of pounds. The taxpayer will now be left with an even bigger bill and the prospect of convicts who are considered to pose a threat to the UK being granted bail while this matter is resolved.

We make no apology whatsoever for seeking to remove foreign national offenders and we will be urgently appealing.

The court of appeal ruled overnight that temporary loss of a mobile phone signal between January 13 and 16 meant that the deportations should be halted because the offenders had been limited access to legal support. The government said all of the people had access to other communications, including landlines, alternative mobile sim cards, and the internet, during the mobile network outages.

The PM’s spokesman said the government successfully defended this judicial review twice already in the high court and it was “disappointing” the court of appeal came to a different view.

Altogether 17 were deported on the flight to Jamaica, with no details given on whether any of that number had come to the UK as a child.

At the general election in December 2019 the Tories promised to look into the relationship between government, parliament and the courts and update the Human Rights Act.

A review into judicial reviews is still expected to go ahead. In the last few days twelve JR’s were launched in relation to this deportation flight.