Democrats go on the offensive ahead of New Hampshire primary 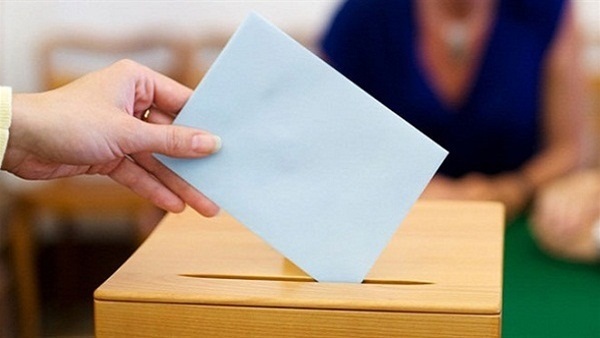 The latest polling for New Hampshire is good news for Bernie Sanders, who is on 27%, and Pete Buttigieg (19%), both of whom have seen their overall numbers increase since Iowa. But it’s not great news for Joe Biden or Elizabeth Warren (both on 12%) who appear to be struggling to pick up any momentum, and in Biden’s case appear to be going backwards.

The poll from a Boston Globe/Suffolk University tracking poll shows that Biden is leaking support from likely New Hampshire primary voters, down six percentage points since Iowa, leaving him in a battle for third place with Warren and Minnesota Senator Amy Klobuchar (14%), who has increased her support off the back of a standout performance in the candidates’ debate on Friday evening.

The polling goes some way to explain why the Democratic candidates have been critical of each other over the weekend. Biden will be in trouble if he fails to do well in New Hampshire and his campaign released this saracastic ad on Saturday to highlight the differing levels of experince the two men have.

Biden leads in national polling in the democratic race, and would expect to do much better in some of the later primaries where he holds a wide lead among black Americans.

Warren is struggling too and after initially leading in some New Hampshire polls her support has now fallen away from the peaks it achieved. However, she has said she is undaunted and speaking to reporters after an event in Concord on Sunday, said: “There are 55 more states or territories after this. It looks like it’s going to be a long battle to the nomination.”

The president has continued with his early morning thoughts on the impeachment process … he might not have shaken her hand, but he just can’t stop thinking about Nancy Pelosi.

Ahead of his State of the Union address he told journalists that he believed New York representative Alexandria Ocasio-Cortez will challenge - and beat - Senator Chuck Schumer for his Senate seat and win. However Schumer holds the seat until 2022 so Trump might have to wait a bit longer for that result.

While the Iowa caucuses still haven’t wrapped up yet, it looks like it might be some time before they get to the bottom of what has happened in what is being described as an “epic fiasco”.

This is an interesting read from the New York Times which among other things, suggests it is a deep rooted problem.

As disastrous as the 2020 Iowa caucuses have appeared to the public, the failure runs deeper and wider than has previously been known, according to dozens of interviews with those involved. It was a total system breakdown that casts doubt on how a critical contest on the American political calendar has been managed for years.

Donald Trump is due to present his $4.8 trillion budget proposal for the fiscal year 2021 later today, which includes plans to slash spending on foreign aid, social safety net programs like Medicaid, housing assistance and disability insurance and provide billions of additional dollars for a wall along the southern border.

Democrats are expected to object to the deep spending cuts in what is essentially a pre-election budget highlighting what Trump sees as his priorities as he seeks re-election. It will include $2 billion to fund further construction on a border wall with Mexico, a project that is especially popular with his political base, and funding for an infrastructure bill that is unlikely to be passed by Democrats and Republicans in Congress.

Trump is also planning to request a major boost to the country’s nuclear weapons arsenal in order to modernize the stockpile for the future, reports Axios.

The New York Times reports that Trump’s budget is expected to reinforce the anti-immigration platform that helped propel him into office.

The White House plans to unveil the budget blueprint at 12:30 pm eastern time, but before the budget plans are announced, and ahead of Trump’s visit to Manchester, New Hampshire later this evening, he has been tweeting about the Democrats and last week’s impeachment trial. Seems like he’s looking forward to his rally later too.

With one more day until what could be a make or break vote for some of the Democratic candidates in the New Hampshire primary, many of them spent the weekend stepping up their attacks on one another.

Former vice-president Joe Biden’s poor performance in Iowa has left him under pressure to revive his campaign, and he began his fight back saying Bernie Sanders’ democratic socialism would turn off voters in moderate states. He also was critical of Pete Buttigieg, questioning whether the former mayor of South Bend, Indiana had enough experience to lead the party.

Meanwhile it seems that Buttigieg’s strong showing in Iowa has made him the main target for the other candidates’ attacks.

Sanders accused him of taking contributions from the very wealthy and asked if he will stand up to Wall Street tycoons or the “corporate elite”, while Massachusetts senator Elizabeth Warren voiced similar concerns on ABC’s This Week. She said that “the coalition of billionaires is not exactly what’s going to carry us over the top”. Biden told the same program that Buttigieg hasn’t been able to “unify the black community”.

Buttigieg later acknowledged he was doing well and addressed some of the criticisms while campaigning in New Hampshire. “We are the campaign with the strongest momentum in the state of New Hampshire, thanks to you,” he told a crowd of several hundred in Dover, while at an earlier event in Nashua, he said: “Let’s remember we’re facing the most divisive president of our time, which is why we can’t risk dividing Americans further.”

While most of the candidates will be out campaigning across New Hampshire today, it emerged that Sanders’ campaign plans to ask for a “partial recanvass” of the results of last week’s chaotic Iowa caucuses.

A campaign aide confirmed the plans on Sunday night, ahead of a Monday deadline for candidates to ask the Iowa Democratic party to recanvass the results. A recanvass is not a recount, but a check of the vote count to ensure the results were added correctly. You can read more about that here.

We’ll be keeping an eye on that and also some of the other key events happening today including;

Trump is offering a $4.8tn election-year budget plan that recycles previously rejected cuts to domestic programs to promise a balanced budget in 15 years all while boosting the military and leaving Social Security and Medicare benefits untouched. That is due at 8am ET.

Later on the president will be holding a Keep America Great Rally in Manchester, New Hampshire at 7pm ET.