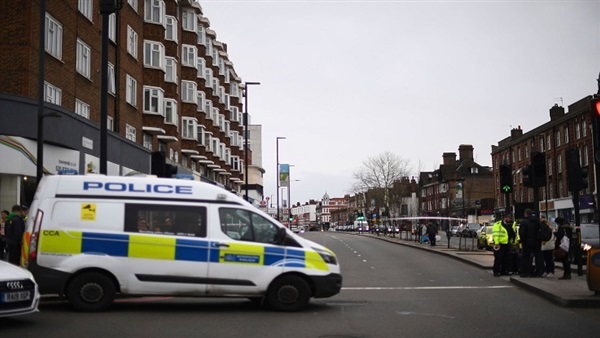 The terrorist incident that occurred on Sunday, February 2 in south London revealed the fragility of rehabilitation programs and curricula related to terrorists returning from ISIS who are now inside Western prisons. Despite the high security matters that these countries have taken by putting in place programs to rehabilitate returnees to integrate them into society, these prisons are a suitable incubator for the emergence of violence and extremism due to the refusal of many returnees not to participate in any program. In addition, those programs offered by European countries within their prisons suffer from fragility and weakness, and they lack a reliable religious authority for Muslims, according to Egypt’s Dar Al-Iftaa.

Dar Al-Iftaa’s Fatwa Observatory affirmed that the attack in south London on February 2 indicates the weakness of terrorist rehabilitation programs inside Western prisons, as the perpetrator had been released early from his three-year sentence at the end of January. He had been serving a prison sentence for possession and distribution of extremist materials. Meanwhile, officials have continuously pointed to the continuation of the extremist's behavior in the prison, while this is the first incident after the stabbing incident on the London Bridge at the end of November 2019, and that perpetrator had also previously been in British prisons on charges of extremism and terrorism.

The Observatory said in a statement on Tuesday, February 4, that rehabilitation programs in Western and American prisons need to be re-examined and scrutinized, pointing out that this incident is not the first of its kind for those who underwent rehabilitation programs in prisons and were released after that. It stressed that these programs suffer from fragility and weakness, and they lack the religious authority trusted by Muslims, which raises more controversy about the legislation regarding extremism and terrorism in those countries, in addition to the need to take into account the review of these legislations in light of achieving justice and equality, and not to be exploited or used in a racist or discriminatory manner against Muslims or immigrants.

On the other hand, the perpetrator’s mother, Haleema Faraz Khan, said that her oldest son Sudesh Amman was polite and kind but listened to things via social media that led to his brainwashing. Before he was imprisoned, he was not religious, but when he came out he became very religious, as he became an extremist in prison.

In a Times report in early December 2019, the effectiveness of the rehabilitation programs for terrorists held in British prisons, which aim to combat extremism, was questioned. The newspaper warned at that time of the danger of ineffective rehabilitation programs, especially after the stabbing incident on the London Bridge at the end of November 2019, which was carried out by a former prisoner named Osman Khan and killed two people. ISIS claimed responsibility for that attack, as he initially refused to participate in any program to address his terrorist behavior, although he eventually did so while he was in a high-security prison.

The newspaper pointed out during its report that the main British government policy to allocate prison units with high-security prisons detaining high-risk extremists faces difficulties, noting that Britain has opened only two of the three centers planned to be established, which only hold a maximum of 30 prisoners. But there is no referral process from one prison to another, so the extremist prisons have held only three to six inmates since inception.

Meanwhile, a study prepared by the British Ministry of Justice during 2019 revealed that the main challenge facing the units is that many prisoners refused to participate in the activities of the centers, especially interventions to support a move away from extremism and address their criminal behavior. The Justice Ministry recognized that there is limited evidence about the most effective assessments and interventions for extremist perpetrators.

The study showed that the London Bridge attacker had participated in the "Proper Interference with Identity" program, which is one of the main counter-extremism courses in the prison and was tested in 2010 and 2011. It was the first program to assess the behavior of perpetrators that encourages abstinence and withdrawal from criminal behavior, but the session has come under heavy criticism from former prison directors who say they have been told that prisoners know how to manipulate the system with their responses.

London tightened its security after the stabbing attack that occurred in the British capital, and the government promised to urgently review the laws related to terrorists. Secretary of State for Justice Robert Buckland confirmed that they are putting forward an emergency law to end the current arrangement that allows those convicted of terrorism to be released automatically after spending half of their period in prisons, stating that any early release will be subject to a risk assessment and that new procedures will be applied to existing prisoners.

Meanwhile, British Prime Minister Boris Johnson said that it is very difficult to rehabilitate Islamists, wondering why the perpetrator of the attack had been automatically released without a risk assessment. He also expressed concern about the effectiveness of extremist reform programs inside and outside prisons. Britain does not want to return a system of exhaustive monitoring by the country’s security services, he said, adding that the problem that we must solve is the procedures in which many people automatically obtain a conditional release.