Turkey sends terrorists to Idlib and escalates against Russia 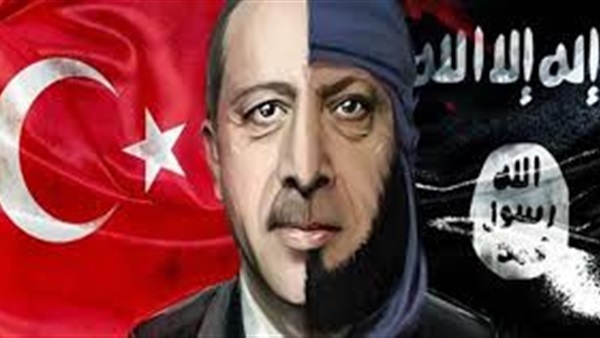 After the Syrian regime forces retaken the opposition-held town of Saraqeb in the country’s northwest where battles this week killed more than 400 combatants.

Russian-backed regime forces have pressed with a double-pronged push in the Idlib region, home to some three million people, half of whom have been displaced from other parts of the country.

On Friday, regime forces battled extremists and militant opposition factions on the edges of Saraqeb, which has been nearly deserted following two weeks of heightened bombardment, said the Syrian Observatory for Human Rights.

The clashes were within 2 kilometers (1 mile) of the town which lies on the coveted M5 highway that connects the Syrian capital Damascus to second city Aleppo, said the Britain-based Observatory.

Saraqeb also sits at the junction of the M4, which runs west-to-east across Idlib, linking the coastal regime stronghold of Latakia to Aleppo, once Syria’s industrial hub.

Both highways are coveted by the regime as it seeks to revive a moribund economy after nine years of war.

If Saraqeb falls in the hands of the government, it would be the second strategic town in Idlib province to be recaptured by government troops this week.

Militants and extremists pulled out of Maarat al-Numan, which also lies on the M5.

Some 50 kilometers of the M5 remain outside regime control, mostly in the western countryside of Aleppo province, which neighbors Idlib, according to the Observatory.

Militants and extremists have been locked in fierce battles with regime forces in western Aleppo since mid-January, in the largest escalation there since 2016.

The fighting in Idlib and in western Aleppo over the past week has killed 205 pro-government fighters and 220 anti-regime combatants, the Observatory said.

Regime forces near Sarqeb are pushing north, while those in Aleppo are moving towards them from the south, he told AFP during a government-organized tour of Maarat al-Numan on Thursday.

The Idlib region is dominated by extremists of the Hayat Tahrir al-Sham alliance, led by a former Al-Qaeda affiliate.

Damascus which controls more than 70 per cent of Syria has repeatedly vowed to reclaim the entire country, including Idlib.

The three convoys are heading toward Idlib and Aleppo, the Observatory said, amid reports that Ankara will militarize the Aleppo-Latakia road in a sign of rising tensions between the two countries supporting opposing sides of the Syrian conflict.

Russian airstrikes were heard in a town in the southwest of Aleppo province, which the first Turkish convoy reportedly entered, according to the Observatory.

The airstrikes killed at least 14 civilians in the northwestern region on Sunday, seven of whom are members of one family, the Syrian Observatory reported.

Turkey has 12 military observation posts around Idlib, set up under a 2017 agreement with Russia and Iran. Several of them have since been surrounded by advancing Syrian regime forces.

Erdogan accuses Russia, which backs the Syrian regime, of violating agreements to reduce the fighting in Idlib, a charge Moscow denied on Friday.

The Turkish President said on Friday that Turkey may launch a military operation in Syria’s Idlib region unless fighting there is “quickly halted.”

On Friday, regime forces battled extremists and moderate opposition forces on the outskirts of Idlib’s Saraqib, which has been nearly deserted following two weeks of heightened bombardment, said the Syrian Observatory for Human Rights.

The fighting in Idlib and in western Aleppo over the past week has killed 205 pro-government fighters and 220 anti-regime combatants, the Syrian Observatory for Human Rights said.

A Russian delegation will arrive in Turkey on Saturday for talks aiming to stop the Syrian regime’s “aggression” and halt a humanitarian catastrophe in Syria’s northwest Idlib region, Turkish Foreign Minister Mevlut Cavusoglu said on Friday.

Cavusoglu repeated Turkey would do whatever is necessary to stop a humanitarian tragedy in Idlib, where on Thursday Russian-led Syrian forces entered the strategic town of Saraqib in a push to capture the country’s last opposition stronghold.