Challenges UK will need to resolve after Brexit 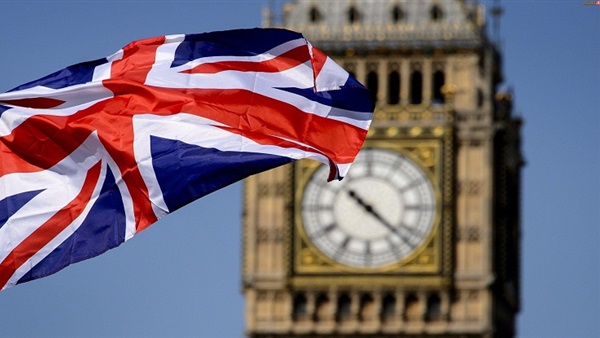 During his time as Conservative leader in February 2016, UK’s former prime minister David Cameron called for a for a referendum on Brexit. The final overall result returned a narrow win for the campaign as 51.89% to 48.11%.

On June 24, David Cameron resigned, bringing an abrupt end to his six-year premiership. He was succeeded by Theresa May on June 13, 2016.

In 2017, May made a speech on triggering article 50 minutes after the European council president, Donald Tusk, confirmed he had received notification. He declared that “the UK has delivered Brexit” nine months after a bruising referendum campaign.

Then on July 24, 2019, Boris Johnson officially took over as the UK's new prime minister after he beat Jeremy Hunt in the race to become leader of the Conservative Party.

In his victory speech, he promised he would deliver Brexit, unite the country and defeat Jeremy Corbyn, the leader of the Labour Party, who are the Conservatives' rivals.

On January 24, presidents of the European Commission and the European Council  signed off on Britain's EU divorce agreement and the UK finally became the first ever country to leave the European Union.

The UK is likely to face a number of challenges, including:

Reaching a trade deal with the EU: Britain will have to reach new trade deals and relations with countries of the EU.

Agreeing a security deal: This will determine how the UK would deal with EU countries in the security field, as there was significant cooperation between police and security forces in the UK and the EU.

Citizens' rights after exit: Ensuring the rights of citizens - British and Europeans - will be complicated, for Britain will want to limit the entry of migrants and workers to it while the Union will seek to reach an agreement to prevent the recession of workers and citizens at the present time.

Preserving internal unity and stability: The issue of Britain's exit from the European Union has proved divisive throughout British society, therefore, Boris will need to address this division ahead of any further complications.

Maintaining Britain's international stature: Which can be one of the difficult challenges that Johnson will face in light of the turmoil and tensions in the world, the fierce competition between the major powers and the erosion of the system in which Britain occupied a great position as a superpower.

Proving Brexit was worth it: The challenge for Johnson is now to prove to the public that all the disruption, all the arguing, was actually worth it. Brexiteers are keen to make the most of the powers that will come back to the UK from Brussels as soon as possible.

The European Union could certainly be facing a number of challenges after Brexit, including:

Losing the ability to influence: The exit of a member state represents a tremendous shock to the union’s self-image, global standing, and sense of the European project’s durability. Just as one member state managed to leave, other countries could do the same. And because the crisis of fragility in the European Union already exists, especially with the euro crisis, the exit of Britain from the European Union will now weaken the credibility, legitimacy and political ability of the Union to act.

Ease of exit for other EU countries: The exit negotiations placed an additional financial burden on the institutions of the European Union and member states that are struggling with the euro crisis and migration and terrorism flows. This could lead to a wider attack against membership in the European Union and the eurozone. It will also accelerate the exits of other countries - if requested to do so - to avoid spending money similar to the ones spent in the British exit process.

Threats to the single market: The impact of Britain's exit from the European Union is likely to slow the growth of the single market, as projects like the Energy Union have lost a key member.

The need to deepen integration: In addition to the need to strengthen the eurozone, there are other fields that are not yet compatible, necessary to achieve integration and ensure its continuity, such as joint defense and the protection of external borders.