Is Qatar Turkey's gateway to return to Sudan? 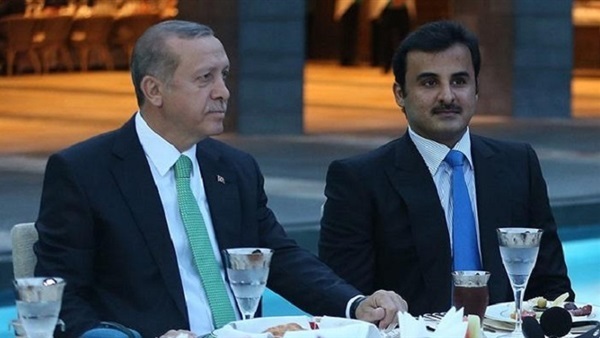 Turkey has recently tried to extend its influence significantly in some regions, especially where conflicts are being witnessed such as in Syria and Libya, taking advantage of the unstable situation to implement its plans. The most recent has been the use of the Qatari support to fan the crises in Sudan, which would enable Ankara to control Khartoum's ports and find a new foothold in the Horn of Africa.

Turkey took advantage of the regime of ousted President Omar al-Bashir to extend its influence within the Red Sea and Horn of Africa region, which made it pump a lot of money into the previous government. Ankara was able to win a profitable deal by seizing Suakin Island, which overlooks the Red Sea. But after Bashir’s regime collapsed in Sudan, Turkey lost everything and is now trying to return again.

On April 26, 2019, the Turkish Foreign Ministry denied reports that its agreement with Sudan regarding Suakin Island could be canceled.

On January 21, the Sudanese authorities seized a Qatari arms shipment in Darfur, which was found to be on its way to support Brotherhood militia groups in Tripoli, in implementation of Turkey's orders. This confirmed the mutual benefits gained by Ankara and Doha through their exploitation of the conflicts within the country.

In a statement to Al-Arabiya on September 26, 2019, Fathi Hassan Othman, leader of the National Umma Party in Sudan, said that he does not rule out that Bashir’s National Congress Party had received support from Qatar and Turkey to return to the political scene again after being ousted by the popular revolution in April 2019.

After the collapse of the Brotherhood in Sudan, Qatar is now planning to create a new party in Khartoum, according to statements by Sudanese media, which would pave the way for Turkey to establish a presence again in the African country.

During Turkish President Recep Tayyip Erdogan’s visit to Khartoum in December 2017, he and Bashir agreed to establish a strategic partnership between the two countries. The two sides established a high-level strategic cooperation council with a joint presidency, aimed at identifying and developing strategic relations in various areas of cooperation.

Turkey will not be able to implement its plan

Turkish affairs researcher Mohamed Hamid said that Ankara and Doha lost a lot in Sudan after the collapse of the Bashir government. In the period from 2005 to 2015, Qatar had supported many armed groups in Darfur under the auspices of the previous regime. Ankara and Doha mobilized all their media arms, in addition to using social media to disrupt the situation inside Sudan.

Erdogan concluded many deals with the Bashir regime, at the top of which was its presence on Suakin Island. Now that this has been lost, Ankara is seeking to use the Qatari presence in the country to oppose the new regime in Khartoum, Hamid told the Reference.

Hamid stressed that despite Turkey’s exploitation of Qatar to achieve a presence in Khartoum again, it will not be able to implement its plans in the country. He pointed out that the Sudanese authorities and all responsible forces will not allow a repetition of the previous scene.

Smoker’s trek to Spain for cigarettes ends in mountain rescue