Why Turkey is targeting Syria’s Army? 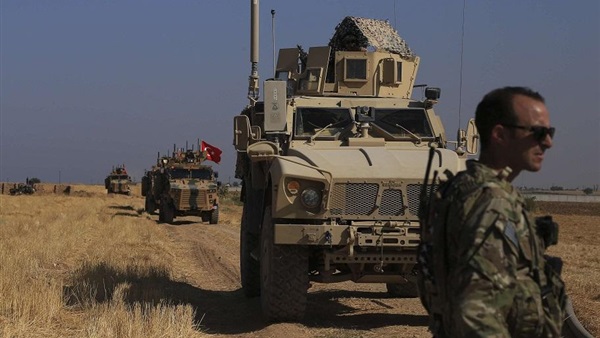 The Turkish military this week launched direct attacks on the Syrian army. Tayyip Erdogan ordered howitzers and F-16 fighter jets to hit President Bashar al-Assad’s forces near the Turkish border in response to the killing of eight Turkish soldiers in Idlib province in northwestern Syria.

“We are determined to continue our operations to ensure the safety of our country, our nation and our brothers in Idlib,” Erdogan warned. Turkey’s defense minister, Hulusi Akar, later claimed 76 Syrian soldiers were “neutralized” in attacks on more than 50 different targets in the area. The Assad government has not offered its own casualty figure, but the clashes have raised the stakes in a long and brutal battle over Idlib.

The Syrian civil war has calmed down considerably since the height of the violence from 2012 to 2016, with Assad’s government now back in control of most of the country. But not in Idlib, which remains controlled by Turkish-backed Islamists led by the jihadist group Hayat Tahrir al-Sham, formerly known as the Nusra Front. Intermittent negotiations between Russia, Turkey and Iran—all of which have forces in Syria—have contained the fighting in Idlib but never fully stopped it. After a period of relative calm in 2018, Assad’s Russian- and Iranian-backed forces went back on the offensive in Idlib last April. Turkish-Russian mediation secured another truce over the summer, but by the end of the year, the fighting was as bad as ever.

The Syrian military says its goal is to liberate “all the Syrian territories from terrorism.” But its attention is currently focused on the M5 highway, a key north-south artery that connects northern Syria with Damascus but which has been cut off for years by rebel forces in Idlib just south of Aleppo. Turkey and Russia agreed back in 2018 to try and reopen the jihadist-controlled section of the highway, but that never happened, and Assad’s loyalists now say the road is a “legitimate target.”

Last week, pro-regime forces recaptured the city of Maarrat al-Numan, which is located on the M5. They are now moving toward other key points controlling the highway, including the city of Saraqeb and the Khan al-Assal district, just west of Aleppo.

While opposition sources depict Assad’s offensive as an attack on vulnerable civilians, the Syrian government says it is combating hard-line jihadists. There’s truth in both of these portrayals. Although the statistics tend to be unreliable, the United Nations estimates that as many as 3 million civilians may be trapped in the area ruled by Tahrir al-Sham. Half are thought to have lost their homes during the war, and many of them live in muddy tent camps despite the frigid winter conditions or are forced to drift around Idlib in search of safety.

According to the U.N., nearly 400,000 people have been displaced in Idlib since early December, and about as many fled earlier in 2019. Humanitarian groups have reported harrowing conditions, with the Syrian and Russian air forces repeatedly bombing medical clinics, schools and other civilian targets, in violation of international law and even after being notified of their locations by the U.N. Opposition groups accuse Syria and Russia of deliberately maximizing civilian displacement in Tahrir al-Sham-held areas as a pressure tactic against the militant group. Both Damascus and Moscow reject the accusations, but a U.N. investigation is underway.

Ultimately, neither Erdogan nor Putin will want to let Idlib ruin their relationship, even though both acknowledge that their interests in Syria are misaligned.

Although U.N. Secretary-General Antonio Guterres has demanded “an immediate cessation of hostilities,” the pleas of U.N. officials have made little difference so far. Damascus seems grimly determined to recapture the M5 at all costs and shrugs off any criticism about civilian casualties. The question is whether Turkey’s sudden show of force will change Assad’s calculus, or that of his Russian ally.

In public, Ankara mainly stresses the need to protect its own personnel in Syria. “If Russia is unable to control the Assad regime from targeting us, we will not hesitate to take actions against any threat, just as we did today in Idlib,” Turkish presidential spokesperson Fahrettin Altun declared this week. Yet Turkish forces, which intervened in Idlib in 2017, have also reportedly repositioned themselves to stand in the way of loyalist advances around Saraqeb. Ankara seems concerned that Assad’s army will overrun the opposition-held enclave—or too much of it, too fast—and send desperate refugees toward the Turkish border. With some 3.5 million Syrians already in Turkey, this is an issue on which Erdogan cannot afford to compromise.

By flexing his military muscles in Idlib, Erdogan may be seeking new leverage in talks with Russia, which has positioned itself as Idlib’s kingmaker. Just last month, President Vladimir Putin visited Assad in Damascus and then flew on to meet Erdogan in Istanbul.

While Putin has no love for the Turkish-backed Islamists in control of much of Idlib and seems to be fine with Assad’s gruesome tactics, his interests are in fact split, since Russia is deeply invested in its relationship with Erdogan. As a major trade and energy partner with enduring influence along Russia’s southern border, and a powerful but politically awkward role in NATO, Turkey holds enormous strategic importance to the Kremlin.

Over the past few years, Russia has had no qualms about poking Turkey to test its reactions and demand concessions. But now that Ankara has lashed out against Putin's Syrian ally, will Moscow respond in kind or seek a compromise?

The answer may depend on how ambitious Erdogan’s agenda really is. If Ankara is simply seeking to deter attacks on Turkish soldiers in Idlib, Russia might offer some pro forma criticism in public but will probably signal its understanding in private. However, Moscow might have a harder time accepting if Turkey tries to obstruct Assad’s progress along the vital M5.

So far, Russia’s reaction to Turkey’s escalation has been muted. Russian military officials have contented themselves with denying Erdogan’s claim that he dispatched F-16 jets against Syrian soldiers, while insisting that the death of Turkish troops was an unfortunate mistake.

Ultimately, neither Erdogan nor Putin will want to let Idlib ruin their relationship, even though both acknowledge that their interests in Syria are misaligned. Amid continued violence, backroom negotiations are most likely to win the day—but what that means for the Syrians trapped in Idlib’s chaos remains to be seen.