Who is Sudesh Amman, the perpetrator of the London stabbing? 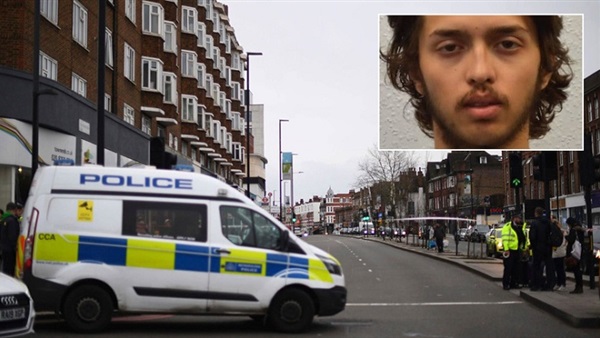 Britain witnessed during the past months the phenomenon of stabbing by extremist and terrorist elements, the last of which was on the evening of Sunday, February 2, 2020, when the British police killed the terrorist Sudesh Amman, after stabbing three people with a dagger south of the British capital.

British police reports said Sodesh Amman, "20 years old," was released just over a week ago, half of his three-year and four-month sentence, after being convicted of terrorist crimes at Old Bailey prison.

He caught the attention of the anti-terrorist police in April 2018 of that year when officers viewed his publications on the Telegram messaging app.

Amman was first arrested in north London in May 2018 by armed officers on suspicion of planning a terrorist attack.

Amman was imprisoned for three years and four months in December 2018 after pleading guilty to possessing and distributing terrorist documents, pouring acid on people and propagating al Qaeda through social media platforms.

The bomber was under police surveillance at the time of the attack in the Straitham area, and the police believe the incident is terrorist and linked to militant Islamists.

The reports are British, foremost of which is the British "Daily Mail" report, which indicated that "Amman, before being convicted and imprisoned in 2018, asked his girlfriend to kill her parents because they are infidels and wrote about how his goal was to be a martyr, and included a set of evidence that caused his conviction."

At the time of his trial, Prosecutor Kelly Brookleyhurst said that the defendant discussed with his family, friends, and girlfriend his often strong and extremist views on jihad and infidels and his desire to carry out a terrorist attack, and to announce his pledge to ISIS loyalty and his desire to purify society by carrying out acid attacks on people.