Does Doha protect Al-Bashir and fund his militia to stab Sudanese revolution? 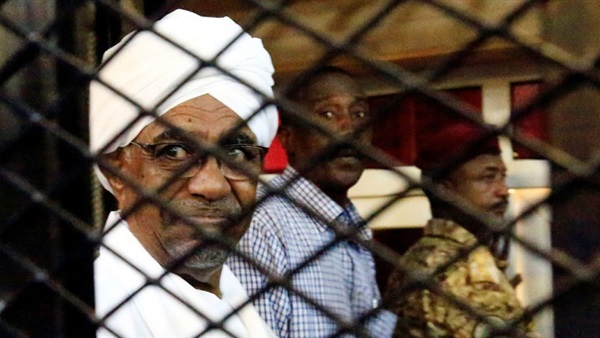 Armed militias raided and attacked a number of villages in areas north of Jebel Marra in the state of Central Darfur, western Sudan, and caused the displacement of hundreds of families, and their arrival in the Sartoni camp in a very difficult and complex humanitarian situation.

A statement issued by the General Coordination of the Displaced received by a number of Sudanese newspapers said that "government militias have attacked the villages of defenseless civilians in areas north of Jebel Marra, noting that the attack led to the displacement of 150 families, and their arrival in the Sirtoni camp”.

It described the security situation in the Darfur region as bad, in light of the presence of armed militias and their perpetration of killings, rape, robbery and looting against the displaced and unarmed civilians.

The Coordinator renewed its demands to arrest the perpetrators and bring them to justice unconditionally, and called on the International Criminal Court to pressure the Khartoum government to hand over Sudanese perpetrators and the ousted president Omar al-Bashir.

This comes in addition to ensuring that there is no impunity and restoring consideration to the victims and their families. Despite the repeated crimes of the armed militias, the security authorities did not tend to arrest the perpetrators and bring them to trial despite open reports in their  confrontation.

This supports political analyzes confirming that the State of Qatar smuggled weapons to militias in Sudan to abort the revolution, spread chaos and protect Bashir, who was a strong ally of the country and opened all windows through which to enter Africa, whether financing terrorists with funds under the name of humanitarian aid or smuggling weapons to them in group of shipments or recruiting poor Sudanese people to work as mercenaries in various terrorist movements.

Experts in African affairs believe that the Qatari influence in the African continent is witnessing a succession that cannot be denied, especially with the exposure of the size of the country’s conspiracies and its endeavors to strike at the stability and security of African countries.

Its behavior is exposed by supporting a variety of its allies from terrorist organizations in North, West and Central Africa and in the Horn of Africa region, and its standing with full force behind the corrupt dictatorial governments as in the case of Sudan during the rule of Bashir.

According to observers, the countries of the continent are living in a state of total rejection to establish any joint cooperation relations with Qatar. They pointed to a report prepared by the French newspaper "Le Monde" indicating the decline of Qatari influence in Africa, which emphasized that "despite Qatar's desperate attempts to impose its influence and power in Africa, it has not made any progress on the ground, in light of the presence of large powers such as the Kingdom of Saudi Arabia and the UAE, enjoying good and strong relations in the African continent”.

The Sudanese writer and political analyst based in Cairo Abdel Wahid Ibrahim announced in press statements that Qatar has no foothold in Africa, especially after the fall of ally Omar al-Bashir, stressing rejection of most African countries to establish strategic relations with Qatar.

Abdel Wahid considered that Qatar has no allies left in Africa except the current Somali President Mohamed Abdullah Farmajo, who is facing great difficulties in managing his country and the eruption of internal conflicts and political differences due to Qatar's interference in Mogadishu's affairs and its support for terrorism and the planting of personalities in the sovereign institutions and parliament to support the terrorist youth movement.