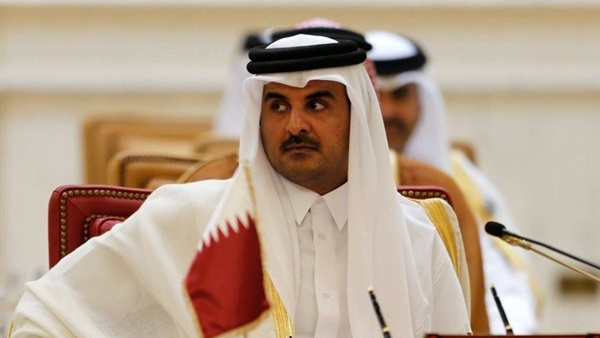 Doha continues to work to strengthen its Brotherhood arms, which are everywhere in the world, by providing support so that they can carry out their goals and plan for control.

It is working to strengthen and support the Muslim Brotherhood in Sudan.

Organizations acting on Qatar's orders are once more trying to destabilize Sudan, especially by offering backing the Muslim Brotherhood.

There are many organizations and institutions affiliated with Qatar or Sudan funded by Doha, as tools to penetrate into the Sudanese decision, and to keep it at the center of the international organization of the Brotherhood.

In the forefront of the Qatari organizations in Sudan, which constitute a support and a cover for financing Qatar for its arms in Sudan to spread chaos, Qatar Charity and RAF.

The Arab Quartet “Egypt, Saudi Arabia, the Emirates and Bahrain” ranked “Qatar Charity” and “RAF” Foundation on the lists of terrorism due to their role in supporting terrorist and extremist groups in several countries, especially in conflict areas.

Qatar Charity has two offices in Sudan, the first in Khartoum, which was opened in 1994, and the other in Nyala, capital of South Darfur State, and opened in 2006.

Under the guise of humanitarian and charitable work, the RAF Foundation works to support extremist groups and support inter-tribal ethnic conflicts from Darfur in the west to Port Sudan in the east, and the amount of money RAF has spent is approximately $ 37 million, most of which went to support the Brotherhood.

The name “Karama Organization”, which was co-founded by the Qatari Abdul Rahman bin Omair Al-Nuaimi, also stands out as a star that hides Qatar’s financing of terrorist organizations and groups in many countries of the world, and “Karama” claims that its mission is to assist all those in the exposed Arab world At risk of extrajudicial executions, disappearances, torture and arbitrary detention, "and a decision was issued to suspend the organization's registration at the United Nations in 2011, due to its funding for" Al Qaeda "and terrorist groups in Syria and Iraq.

Abdul Rahman bin Omair Al-Nuaimi, the US Treasury Department designated him in 2013 as a terrorist financier and provided funds, material support and communications to al-Qaeda and its subsidiaries in several Arab and foreign countries.

Observers of the Sudanese issue warned of the Qatari role to thwart the transitional phase in Sudan, and change the mood of the street against the transitional council, and then the Brotherhood returned once again to a new form of power.

They pointed out that Qatar has many arms inside Sudan, to support the groups loyal to it directly and indirectly, whether on the political level such as establishing new parties or supporting existing parties close to the Brotherhood, led by the reform movement led by Ghazi Salah al-Din in order to control the political scene, stressing the importance of Arab support to Sudan in the face of Qatar’s plans and international organization to exit the country from the "bottleneck" stage to stability and save an Arab country from the toxins of Qatar and the Brotherhood.