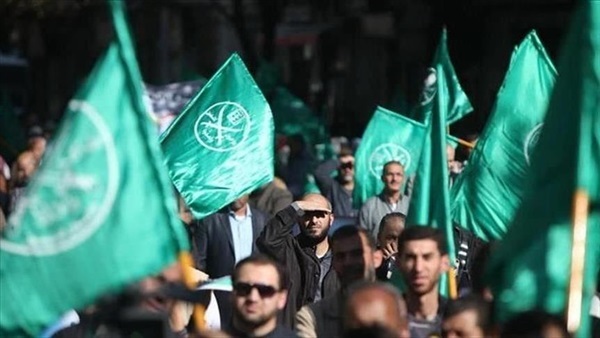 Qatar is not growing tired or bored of tampering with the Sudanese internal affairs, as Doha is attempting to spread chaos and bring the terrorist Muslim Brotherhood group to the scene in Sudan once again, especially since the overthrow of Omar Bashir’s regime in April 2019.

A visit by Chief of Staff of Qatari Armed Forces Lieutenant General Ghanem bin Shaheen al Ghanim  to Sudan on January 4, was not – as announced – to merely boost military cooperation between Sudan and Qatar, but to give orders to Muslim Brotherhood leaders in the country to provoke the Sudanese streets into revolting against the government of Abdalla Hamdok.

According to Qatarileaks website, sources revealed that the regime of Tamim Bin Hamad, the Emir of Qatar, seeks to undermine the role of the Sudanese government to bring it down, after its plans were exposed.

The report stressed that the visit also aimed at gathering information regarding how the government was able to reveal its scheme with the brotherhood and discuss ways to shadow its interference.

Sources also said Ghanim met in Khartoum with a number of Muslim Brotherhood members to plot a scheme against Hamdok and his government.

Immediately after the meeting, Muslim Brotherhood leaders issued orders to their electronic committees to distort the Emirati role in Sudan and defame the UAE, as well as overthrowing the Sudanese government, led by Abdalla Hamdok.

The electronic committees adopt a subversive agenda that would spread frustration in the Sudanese public opinion and threaten the future of democratic transformation in Sudan, as well as wasting huge resources of public money.

According to Al-Sudan Al-Youm newspaper, a report was published, affirming that this visit is incomprehensible, and was described as military deception, at a time when Qatar is sowing discord and rumors, supporting extremism and terrorism in Sudan, in order to overthrow the Sudanese government, and work to dismantle Sudan, through igniting sectarian strife and ethnic wars.

The website also pointed out that Qatar intends to present a completely different picture to the world in order to stir confusion, in an attempt to overshadow its crimes in Sudan.

A large shipment of Qatari arms were seized in Sudan as it was on its way to Libya, to support to Brotherhood-affiliated al-Wefaq government and its militia, which coincided with the arrival of the first medical aid from Qatar to Sudan.

After the ouster of the former president, Omar al-Bashir, in April 2019, leaders of the terrorist Muslim Brotherhood, led by secretary general of the Islamic Movement Al-Zubair Ahmad Al-Hassan, called on officers belonging to the Brotherhood, who intended to carry out a coup against the Sudanese Transitional Military Council, headed by Sudanese General Abdel Fattah al-Burhan; all within Qatar's agenda in the country.

The Muslim Brotherhood have plotted a scheme that aimed at taking over power in Sudan by aborting the popular revolution and forming a government loyal to the brotherhood.