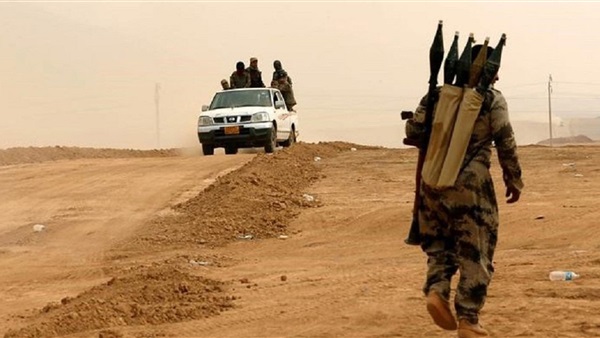 It is the second time the terrorist group sent a recorded message since the death of its leader, Abu Bakr al-Baghdadi, in October.

In the recording, Quiraishi said that despite what the US and other countries may have thought of as the end for the terrorist organization with the death of al-Baghdadi, "we are still here, and we are ready to start a 'new stage' – hitting Israeli targets."

The message called on the operatives to begin targeting Jewish communities and markets, and to turn the conquered territories into fields of weapons and rocket experiments.

Furthermore, the message also called on all Muslims worldwide to thwart US President Donald Trump's "peace plan," and added that "The Muslims who live in Palestine... will be at the forefront of the fight against the Jews [and] foiling the 'Deal of the Century.'

"Today we have begun a new phase in our struggle with you. Our eyes now look towards Jerusalem."

A spokesman for the organization used the same method used by its predecessors, "Abu al-Hasan al-Muhajir" and "Abu Muhammad al-Adnani" in terms of describing America as "the garrison of the cross", and other factions as "awakening", and Arab rulers as "apostates", in addition to inciting against the army, police and judiciary , And criticize the media campaigns against the organization.

It is mentioned that this word is the second for the organization’s spokesperson since he took office after the killing of the former leader of the organization «Abu Bakr Al-Baghdadi», and his companion Al-Adnani, October 27, 2019, and his first word was on October 31, 2019, with the title: “Whoever fulfills what God has entrusted to him will revere him ».