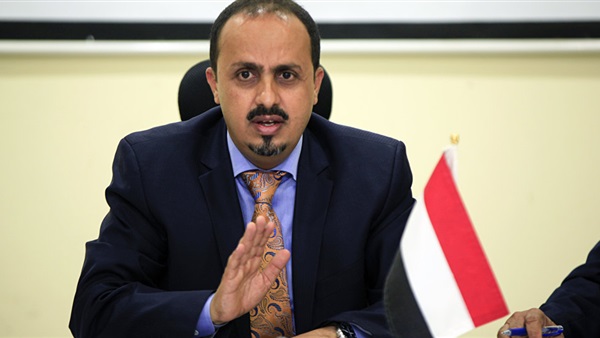 Yemen’s Information Minister Muammar al-Iryani called upon the international community on Sunday to take a firm stance against the Houthi militia, amid recent military escalation which undermines previous agreements aimed at halting the conflict.

In a series of tweets on Sunday, the Yemeni minister said that “The military escalation of the Iranian-backed Houthi militia that accompanied regional developments, most notably the killing of Soleimani [Iranian commander Qassim Soleimani] and the escalation of terrorist activities of the Iranian regime in the region, undermines all agreements and understandings, foremost of which is the Sweden Agreement.”

He criticized the Houthis for not abiding by its obligations under the agreement, saying that “the ceasefire in Hodeidah is fragile,” while the humanitarian situation and the file of the prisoners and the siege of Taiz witnessed no progress.

Al-Iryani said that the Houthi militia took advantage of this situation to rearrange its ranks and prepare for a new round of escalation.

He said the international community and Martin Griffiths, the UN envoy to Yemen, should understand that the Yemeni legitimate government’s patience with these practices will not last. “The military escalation by the Iranian mercenaries [Houthi militia] on several of fronts is the result of turning a blind eye and not dealing seriously and resolutely with their crimes and terrorist violations against our Yemeni people,” tweeted al-Iryani.