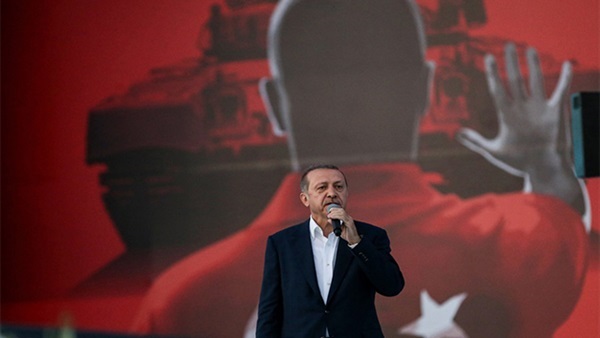 In the first part, we reviewed how Turkish embassies and consulates around the world transformed into spy dens and tools for collecting information in the era of Turkish President Recep Tayyip Erdogan, as they ran intelligence campaigns to collect data about organizations and people who reject the president’s policies.

In this second part, we deal with how the Turkish regime has managed to penetrate countries and institutions through charitable organizations, headed by the Turkish Cooperation and Coordination Agency (TIKA).

TIKA: Erdogan's cancer of espionage and sabotage of countries

One of Erdogan’s tools to interfere in state affairs and gather information under the lies of humanitarian aid is the Turkish Cooperation and Coordination Agency (TIKA).

The charity, which was founded in 1992 to act as a bridge between Ankara and Central Asian countries, has expanded its activity since 2002 after the Justice and Development Party (AKP) took power. It now includes projects in the Middle East, the Balkans and Africa.

The Turkish president has adopted TIKA as the spearhead for his soft expansion project, not only in Islamic countries but the entire world. The agency distributes tens of thousands of dollars in aid to Native American tribes in the northwest of the United States, in addition to computers for child care homes in Mexico. Schools in Latin America are also being restored in order to make friends and allies.

The agency plays an important role in supporting Turkey's foreign policies on the pretext of providing aid to the poor, in addition to creating a package of development assistance through 35 coordination offices in 30 countries, as well as providing assistance to 49 countries, particularly Afghanistan, Somalia, Sudan, Myanmar, Yemen, Comoros, Niger and Senegal. This serves Erdogan’s interests in controlling the decision-making in these countries, as TIKA provides him with the information he needs to fight and control these countries, as it combines the intelligence side with the financing of terrorism.

Through this suspicious organization, the Turkish president is trying to create generations who owe loyalty to Turkey after making them feel their alleged greatness, by teaching young people Turkish ideas and culture.

In Tunisia, the organization established a laboratory for teaching the Turkish language at the Faculty of Humanities and Social Sciences at the University of Tunis in November 2016. The value of its establishment amounted to $40 million, and it aimed to teach the language to 5,000 students.

Similarly, the agency went into Libya, where Turkey directed its soft power through economic and humanitarian institutions. TIKA’s activity in Libya began in 2011, after the fall of Muammar Gaddafi's regime, taking advantage of the chaos that besieged the region at that time. Its intensive projects penetrated several cities, including Tripoli and Misrata, which have strategic relations with Turkey, as well as the southern province of Fezzan, which represents the gateway to the Sahara Desert.

TIKA’s role in the areas controlled by the Libyan National Army (LNA) declined, instead focusing on Misrata, the second largest city in western Libya, as the center of dependency on Turkish decisions.

The suspicious organization also took the restoration of mosques in Arab and African countries as an excuse to interfere in the affairs of these countries, including Djibouti, Lebanon and Syria, especially in the rural areas of Aleppo that were destroyed by terrorists supported by Turkey.

Erdogan directed TIKA to reinforce its activities in Djibouti during his visit there in January 2015, but he was not satisfied with only the exercise of its cultural role, so it extended to obtaining concessions to establish airports and postal authorities in the country, and it worked on the restoration of the historical Burhan Bey Street. The agency also established an educational center for women in Djibouti in July 2017, but it bore the name of a woman who died in Turkey’s fake coup in July 2016.

In Yemen, TIKA interfered in various fields and turned the Arab country into Turkey’s backyard, taking advantage of the chaos and war that has plagued the country since the Arab Spring. Its support did not stop at humanitarian aid (food, medical and school), but it extended to the ministries of the state, the police, the press, and the diplomatic corps, as well as the antiquities that embody the ancient Yemeni civilization, which is what the Turks lack, so they seek to plunder ancient antiquities and artifacts in various countries and then attribute them to their forefathers from the defunct Ottoman Empire.

The agency also penetrated the Yemeni police by allocating a training course in cooperation with Turkey’s General Directorate of Security. The course included 564 members from several countries, including Yemenis, within 37 training programs during the year 2018. A diploma training course was also organized, in which 20 diplomats from Yemen and Algeria participated.