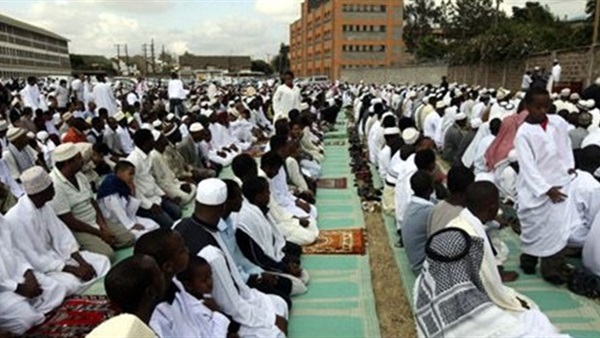 The Muslims of Somalia miss the presence of a moderate religious discourse in their country, one that shields them against radical organizations, such as the al-Qaeda-leaning al-Shabaab movement, and Islah (Reform) Group, the branch of the Muslim Brotherhood in Somalia.

The International Organization of al-Azhar Graduates has invited a group of Somali mosque preachers for training in moderate discourse.

The Reference met some of these preachers, including Khedr Mahmud who hails from Qardho, a city of the northeastern Bari region of Somalia.

Mahmud is one of 11 Somali mosque preachers attending the training in Cairo. The training, he said, would focus on means of regaining the mosques from the radicals.

"The radicals especially target youth," Mahmud said. "This was why al-Azhar had established two mosques, one in Somali capital, Mogadishu, and another in Qardho."

He said the two mosques work to spread awareness among Somali youngsters in the mosques and educational institutes against violence, and extremism.

The mosques also utilize modern technologies, including the internet in reaching out to Somali youth.

There is an institute of al-Azhar in Qardho, where Egyptian scholars teach moderate Islam to Somali students. Al-Azhar also offers scholarships for Somali theology students who come to Egypt to study at the different colleges of al-Azhar University.

Mahmud revealed that Islah Group no longer has leverage in Somalia, even as it keeps trying to control the schools and the universities.

Nour Hussein Mohamed, another preacher receiving training in Cairo, said he reaches out to youth both inside the mosque and outside it.

"I do my best to immunize them against radical thinking and ideas," Mohamed said.

He said extremist groups work hard to draw Somali youth to them with force, mainly focusing on schools and universities as well as on the mosques they control.

Mohamed revealed that extremist groups in Somalia twist the religious texts and the sayings of Prophet Muhammad, only to serve their own radical agenda.

"This is why offering Somali preachers and teachers training here is very important," Mohamed said.