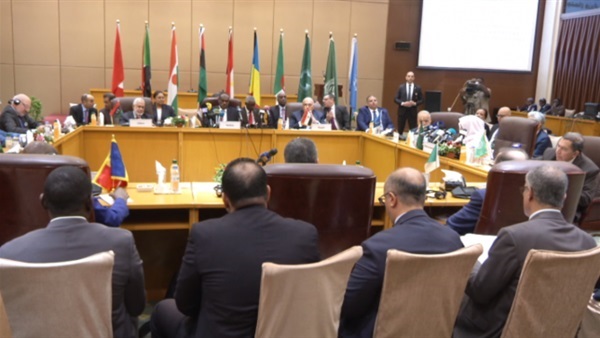 Libya’s neighbors have the responsibility to facilitate a political solution, Algerian Foreign Minister Sabri Boukadoum said before the start of his meeting with foreign ministers or other officials from Egypt, Tunisia, Chad, Niger, Sudan and Mali.

The meeting brought together foreign ministers from Egypt, Sudan, Chad, Niger, Algeria, Tunisia and Mali. All of the nations but Mali border Libya, and all have suffered fallout from the fighting between the forces of Libya’s government in Tripoli and Gen. Khalifa Hafter.

Conference participants stressed their total rejection of any foreign interference in the Libyan crisis, stressing the necessity of a solution through political dialogue only, while adhering to the decisions of the Berlin Conference.

Heiko Maas, the foreign minister of Germany, which hosted a summit on the Libyan crisis on Sunday, also joined the meeting.

The National Accord (GNA) is backed by Turkey, which has sent military advisers and trainers to help its armed forces ward off Haftar’s attack.

In Berlin, foreign powers active in Libya agreed to shore up a shaky ceasefire but the meeting was overshadowed by Haftar’s blockade of energy fields.

The conflict’s recent escalation has alarmed some of Libya’s neighbors, who fear it may provide more space for armed militant groups to operate across the Sahara and the Sahel region.

For his part, Undersecretary of the Sudanese Ministry of Foreign Affairs, Al-Siddiq Abdul Aziz Abdullah, announced his country's support for all international initiatives seeking a peaceful settlement in Libya, and said: Khartoum hopes for a permanent cease-fire, and to stop supplying the region with weapons.

While Mohamed Sharif Mohamed El-Zein, Chad's foreign minister, announced that the Libyan crisis is one of the reasons for the worsening situation in the African Sahel region, due to the transfer of weapons, which facilitates the spread of terrorist groups, and said: The Libyan neighboring countries are the first countries concerned with the Libyan crisis. 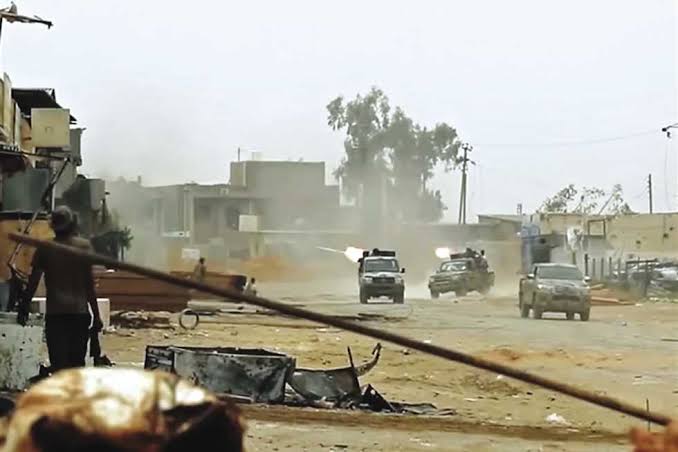 In a statement to local media on Wednesday (January 22nd), Algerian President Abdel Majid Taboun revealed that the Libyan parties agreed to the Algerian mediation he proposed at the Berlin conference.

"We obtained the confidence of all the Libyan parties, including the representative of Field Marshal Khalifa, most of the tribes of the south, and the reconciliation government to accept the Algerian mediation," Taboun said.

He stressed that peace in Libya equals peace with Algeria, expressing optimism about the success of the Algerian mediation, which he did not provide more details about.

Despite the determined efforts of the parties participating in the conference, especially the host country Algeria in seeking to set a framework for the solution, those efforts collided with the failure of the Al-Wefaq government in Tripoli to participate in the activities, citing the presence of a representative of the government affiliated to the Libyan parliament.

The Minister of Foreign Affairs of the Government of Al-Wefaq, Muhammad Al-Tahir Siala, informed his Algerian counterpart, Sabri Bogadoum, that the attendance of “Abdel-Hadi Al-Hawaij”, the Minister of Foreign Affairs of the Transitional Government in eastern Libya, the conference is an explicit violation of the Security Council’s decisions and the decision of all international organizations that prohibit dealing with parallel bodies In Libya, as described.