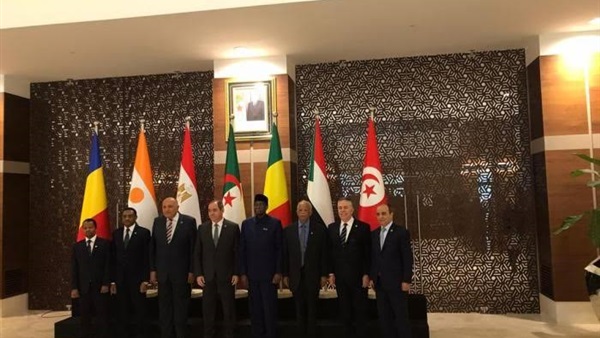 Top diplomats from Libya’s neighboring countries and beyond were meeting in the Algerian capital on Thursday amid intensifying international efforts to end the conflict tearing apart the oil-rich North African country.

The meeting includes foreign ministers from Egypt, Sudan, Chad, Niger, Algeria, Tunisia and Mali. All but Mali border Libya, and all have suffered fallout from the fighting between Libya’s government based in Tripoli and Gen. Khalifa Hifter.

World powers are pushing both sides to respect a tentative truce.

Algeria’s government said the meeting was aimed at “conslidating coordination between countries neighboring Libya and international players to accompany Libyans in reviving the political settlement process” and to help Libya build solid institutions and restore stability.

Germany’s top diplomat was also taking part in the meeting in Algeria after his country hosted a Libya peace summit on Sunday. Heiko Maas said international actors must maintain “persistent pressure” on the warring parties in Libya to ensure the temporary truce can become a stable cease-fire.

Germany’s top diplomat said his country would support efforts by the United Nations to harden a tentative truce through a meeting between representatives of Fayez Sarraj, the head of the Tripoli government, and Hifter.

“For this the persistent pressure of all international partners on the conflict parties is required,” Maas said.

Hifter’s forces, which control the east and much of the south, receive support from the United Arab Emirates and Egypt, as well as France and Russia. The Tripoli-based government is backed by Turkey and to a lesser degree Qatar and Italy.