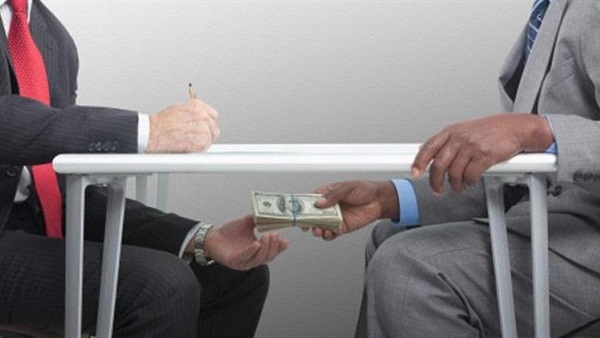 From time to time, leaks of conversations between dissidents about the Brotherhood or its affiliates reveal the injustice that the group promotes, such as the recent leak between fugitive contractor Mohammed Ali and Brotherhood leader Yasser al-Omda, which revealed the reality of funding received by Brotherhood hawks residing in Turkey.

In a video clip published by Ali of a conversation that took place between him and Omda on WhatsApp, the latter disclosed a supporter and financier of the Brotherhood in Turkey in response to the question "Do you have any proof that the group in Istanbul are thieves and just about money and that’s it?" He answered Ali by revealing, “The one who brings the [money] bag each month is Abdul Rahman Abu Dayyeh, of Palestinian origin with English citizenship, and he is known by the name Abu Amer.”

Abu Amer’s role was evident after the Brotherhood leaders fled to Turkey, as Qatar assigned a group of Palestinians residing in London to manage the media file abroad, and Abu Amer was one of the most important of these leaders. He is close to Hamas, and he manages the international Brotherhood organization’s investments, as well as several investments in London, Turkey and several countries.

In Turkey, he is widely active in the real estate field, and he is also close to the Al-Aqsa Foundation, which is classified as a terrorist organization in several European countries.

It is suspicious that Abu Amer does not have a single image on Internet search engines, and he is described as a mysterious intelligence operative, holding several passports from more than one country. He is also close to the leaders of the Qatari channel Al-Jazeera.

The Palestinian businessman and those with him hide their money in media investments, where they record much larger numbers than they actually spend in order to hide the money.

One associate of Abu Amer is Ahmed Zain, a former Al-Jazeera journalist and former director of the Al-Jazeera Mubasher Egypt channel who owns multiple media production companies that he registers under various names in order to diversify the funding outlets and hide money.

Press leaks indicated that Abu Amer has relatives working in Qatar’s Emiri Diwan, and they helped him to expand and register his empire. He also has several arms in the media, most importantly Azzam al-Tamimi, another Palestinian and one of the leaders of the international Brotherhood organization who presents himself as an Islamic thinker. Tamimi is the director of the London-based Al-Hiwar channel, which is owned by Abu Amer.

His investments include Al-Hiwar, Arabi21, Al Magharibia, and Middle East Eye, which is run by English journalist David Herst, as well as the Brotherhood’s Istanbul-based Mekameleen TV. He also supervises a large part of the El Sharq and El Sharq El Awsat channels, which are both managed by Ayman Nour.

Abu Amer produces artistic and documentary works in Istanbul that are carried out specifically to attack Egypt, with the participation of Egyptian actors Hesham Abdel Hamid, Hisham Abdullah and Mohamed Shoman. He spends large sums on these works, but the official records claim a much greater amount.

During the Brotherhood’s struggle that was dominated by materialism, Abu Amer and Azzam al-Tamimi continued to benefit from both parties by opening multiple companies in Qatar, Britain, Sudan and the United States. These companies managed pages and films supporting Qatar, complaining about the blockade by the Arab Quartet countries and sponsoring attacks on the boycotting countries – Egypt, Saudi Arabia, UAE and Bahrain.

Sources revealed that the Palestinian businessman is preparing his son, Amer, to manage the file in Turkey as an alternative to Brotherhood director Ahmed Zainhum, known as Ahmed Zain, as a result of financial disputes.

Smoker’s trek to Spain for cigarettes ends in mountain rescue