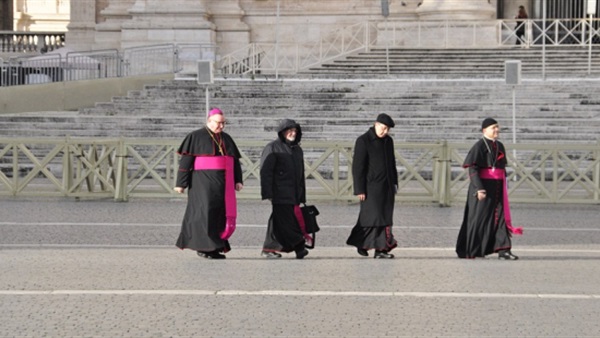 “These rewards are being offered at an important moment in our fight against Daesh,” the statement said. “The kidnapping of religious leaders demonstrates Daesh’ ruthless tactics and approval of targeting innocent individuals.”

The statement also denounced fake news and reports regarding erroneous information and conclusions about the bishops.

The churches further thanked all individuals and authorities concerned with the case, calling upon all people to pray for them.

A Lebanese newspaper reported Germany-based Syrian Orthodox priest Samuel Gümüs as saying that the archbishops were being held prisoner by Daesh militia besieged in the Baghuz area of eastern Syria.

However, the Lebanese newspaper cautions that it is hard to ascertain the accuracy of the information.

The Syrian Observatory for Human Rights has revealed before that the Syrian Democratic Forces (SDF) and the US-led coalition are concealing information regarding the bishops, while the SDF and the international coalition remained silent.

In 2016, the London University issued a book about Yohanna Ibrahim during a conference regarding coexistence and dialogue on his third abduction anniversary.

Mar Gregorios Yohanna Ibrahim disappeared on 22 April, 2013 along with Greek Orthodox Metropolitan of Aleppo Boulos al-Yazigi in the area between the Syrian metropolis and the border with Turkey. Since then, no group involved in the Syrian conflict has officially claimed the kidnapping of the two Metropolitan Bishops. Also, Italian Jesuit Father Dall'Oglio, abducted that same year, is also said to be held by the same kidnappers.