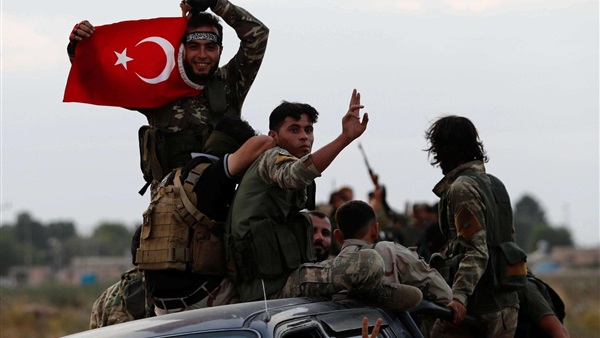 In 1993, Turkey's eighth President Turgut Ozal (1927 – 1993) hinted that Arabs became rich by selling oil to the world, and Turkey will become rich by selling water. This briefs President Recep Tayyip Erdogan’s plan to take over the water in the Fertile Crescent region to end Syria and Iraq, taking advantage of the turmoil in Syria and the political weakness of Iraq.

Erdogan kept on violating and stealing the resources of Syria, including its water, threatening the existence of its residents in the north and east, especially in Afrin.

Kurdish reports revealed that the Turkish occupation finished the drilling of a water channel to steal the water of the river in Afrin to set up irrigation projects for the lands of the city of Rihaniyya, while the people of Afrin are suffering from a shortage of water.

Turkey recently announced the opening of the Rihaniyya Dam, which is being fed from a recently constructed channel from the Syrian city of Afrin to the Turkish city of Rihaniyya.

Under the title "A dream of 50 years has become a reality ..." Turkish media affiliated with the Islamic Justice and Development Party published a report on the opening of the dam, and the withdrawal of the water of Afrin to irrigate the lands of al-Rihaniyya, ignoring the legal consequences and the human tragedies left by their theft of Syrian water, where the people of Afrin live in a scarcity of water Drinking,

The Turkish occupation made it clear that this water is planned to cultivate about 600 acres of land in Rihaniyya, on the border with Syria.

Ankara disregards all international conventions and insists on considering the Tigris and Euphrates rivers as Turkish rivers, thereby depriving Syria and Iraq of their natural and geopolitical right to these two major water suppliers.

In February 2018, Turkey reduced the waters of the Euphrates River to strike the north of Syria and force its people to flee, in conjunction with the Afrin operation launched at the time to seize the areas of northern Syria.

Moreover, it reduced the water level of the Euphrates River to about 321 cm/s, which is the lowest level of water required for generating electrical energy in dams, in violation of the agreement concluded with Syria and Iraq regarding the Euphrates River, which stipulates a minimum flow of 450 cm/s.

Turkey also constructed tens of dams to prevent water from reaching Syria and Iraq, including the Ilısu Dam, one of the 22 dams of the Southeastern Anatolia Project and its purpose is to generate hydroelectric power production and save water.

DSI Branch Director Hatay Muhammed Akinci admitted that the source of the Rihaniyah Dam water is the Afrin and Karasu rivers, as he said, “The dam has its own water resources. We are giving water from the Afrin River.”

He also revealed that the dam will seize 1534 tons of water from Afrin, and provide 20 million cubic meters of water and automation systems.

DSI is the state hydraulic works authority, is a government agency and an affiliate of the Ministry of Environment and Forests in Turkey and is responsible for the use of all water resources in Turkey.