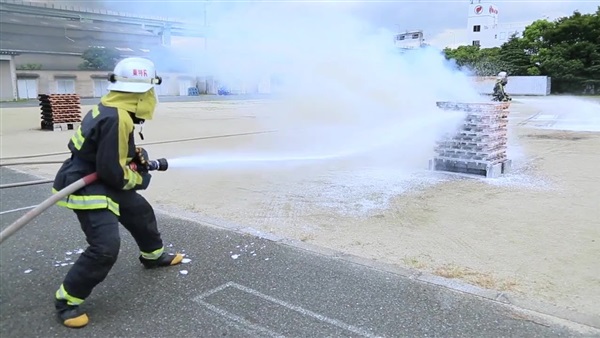 The Department of Defense is polluting the environment with toxic chemicals by continuing to incinerate a vast stockpile of firefighting foam in a move environmentalists say is in breach of new regulations.

In a letter sent last week to the secretary of defense, Mark Esper, several environmental organizations argue the defense department is already out of compliance with new provisions regulating the disposal of the material and insist that it “immediately cease” incineration of the foam – called AFFF – which puts communities at risk.

These chemicals have been linked to serious health problems such as cancer, kidney and thyroid disease, and pregnancy complications. The defense department used AFFF for decades, leading to widespread contamination of ground and drinking water at military bases nationwide.

But Erik Olson, the Natural Resources Defense Council’s senior director for health and food, said: “There’s a need for much more significant research and regulatory action to make sure that disposal is done in a way that doesn’t just move the environmental problem around.”

Sonya Lunder, the Sierra Club’s senior toxics adviser for its gender, equity and environment program, warned that incineration is unlikely to fully break down toxic chemicals in AFFF, leading to PFAS compounds, including possible greenhouse gases, being emitted into the environment.

The Guardian reported in December that these compounds have been detected in rainwater across the country at levels high enough to trigger regulatory action if found in drinking water.

Experts also voice concern over the poor compliance histories at certain hazardous waste incinerators and the proximity to these plants of low-income, vulnerable communities.

The Veolia-owned hazardous waste incinerator in Sauget, Illinois, for example, has been issued a high-priority violation of the CAA every quarter for the past three years. Over half of the population within a three-mile radius of the plant live below the poverty level.

For Mamie Cosey, who lives less than a mile from the Veolia plant in Sauget, the defense department “absolutely” should not be allowed to incinerate AFFF so close to her home, she said. “Why do the residents have to suffer just because someone says that this is safe?”

Just turned 79, retired teacher Cosey is the guardian of three teenage great-grandchildren, and the “terrible” pollution already emitted from the plant causes her to worry that their asthma, headaches and other health issues will worsen, she said.

“I don’t have but a few more years to live,” Cosey said. “But my great-grandchildren –how will they grow up? What’s the lasting effect of this on their life?”

Instead of incineration, said Lunder, the foam should be disposed of with technologies like those used to destroy the nation’s stockpile of obsolete chemical weapons.

Maureen Sullivan, deputy assistant secretary of defense for environment, wrote in a statement that the defense department has been incinerating PFAS materials at hazardous waste facilities since 2016, “as it is more protective of human health and the environment”.

The defense department did not answer how much AFFF is awaiting disposal. Early last year, the Intercept reported that the DoD was waiting to destroy 2m gallons of foam and contaminated water.