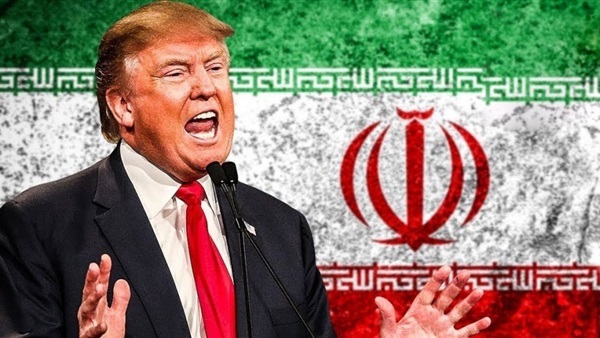 An unprecedented tension in relations between the United States and Iran, as a result of which the supporters of the Popular Mobilization surrounded and stormed the American embassy, ​​prompted Washington to respond quickly and harshly to that Iranian bullying, and on January 3, 2019, the date for this response was the assassination of Qassem Soleimani, a leader of the Quds Force, of the Iranian Revolutionary Guard.

The beginning of the crisis

It started when, at the end of December 2019, the United States bombed five locations of the Iraqi Hezbollah Brigade faction, killing thirty of its members, and in response to this, the crowd supporters surrounded the American embassy and tried to storm it, which prompted the United States to take a response decisively before Iran retaliates, by targeting a US military base in Iraq.

The US move to target Qassem Soleimani, commander of the Quds Force, and architect of Iranian battles in the Middle East, was quite bold and unexpected, by the United States, especially since President Trump's policy has always focused on economic benefits and investment in conflicts, without getting directly involved.

At the same time, the Trump administration believed that failure to take a decisive response to the attempt to storm the American embassy in Baghdad would reduce his popularity in winning a second presidential term, bearing in mind that President Trump had adopted a national election program, in which he pledged to stop Iran, and prevent it from expanding in the Middle East.

Iran had shot down an American plane, over the Strait of Hormuz, a few months ago. Trump decided to deter Tehran to remind it of what might happen in the event of war, on the other side, to strengthen its electoral bases inside the US.

On the other hand, the Gulf states have recently begun rapprochement with Russia due to the overlapping of interests in a number of Middle Eastern countries.

It is no secret to anyone that one of the reasons for the rapprochement is the desire of the Gulf states to persuade Russia to give up support for Iran militarily and diplomatically, or at least to reduce it.

In the same regard, the Gulf states wish to establish strong ties with Russia, Iran's strong ally, in order to resort to it, to mediate in the event of an intensification of the conflict between the two parties, and the increasing Russian role in the Gulf has been evidenced by the mutual visits between King Salman and President  Vladimir Putin who visited the latter in October 2019 in the first official visit by a Russian president to Saudi Arabia in 12 years ago.

The limitations and dimensions of Iranian response

After the assassination of Soleimani, Iran pledged to retaliate vigorously, prompting speculation about the possibility of a direct war between the two parties here. Iran had two very difficult options.

The first is to respond aggressively and target American soldiers in Iraq or in the Gulf states.

The Second is bombing empty military installations of the United States to save face.

Here we must realize that Iran is suffering from an acute economic crisis, as a result of the United States withdrawal from the nuclear agreement and its imposition of harsh sanctions on the Iranian side, and this means that Iran is not in an economic state that allows it to reduce public spending and direct it to cover the expenses of the army.

Of course, it was expected that Syria and Iraq would be the battlefields between Iran and the United States, despite Iran threatening to bomb US military bases in countries such as Qatar and the UAE.

In Iraq, Iran has its own military forces, which train its loyal PMF, and in Syria, there are many Iranian Shiite militias, such as the Fatemiyoun Brigade, who are fighting on the ground with the Syrian regime, against the armed opposition.

If we take into account that the United States possesses military forces, in both Syria and Iraq, it is expected that the response would be in one of these two countries.

Indeed, the response came in Iraq, by Iran's bombing of a US military base, and despite conflicting statements regarding the victims, but US President Donald Trump in his speech, after the Iranian bombing, stressed that the Iranian missile attacks did not cause American or Iraqi civilian casualties.