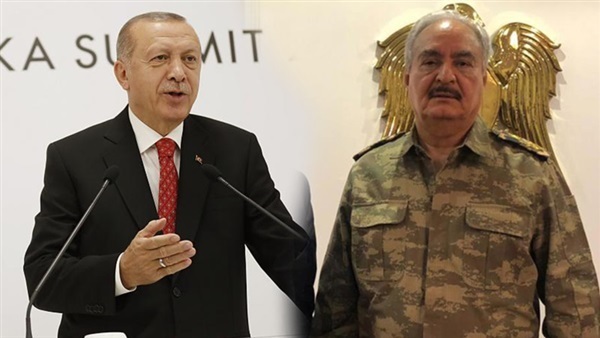 Turkish President, Recep Tayyip Erdogan, is facing a new shock, following the refusal of the Commander of the Libyan National Army (LNA), Field Marshal Khalifa Haftar, to sign the Moscow document on January 13.

Erdogan's new shock is coming after the Kouloughlis tribe in Libya belied remarks made by him on January 15 about the presence of a million Libyans with Turkish roots in Libya.

The statements of the tribe's chieftains amount to a new political loss for Erdogan. The Kouloughlis used to be known as "Libya's Turks". Nevertheless, the tribe is now declaring clear support for the LNA.

These statements are embarrassing for Erdogan who claimed previously that he is going to Libya to defend Libyan citizens with Turkish roots. These statements are not acceptable any more, especially after the Kouloughlis came out to belie the Turkish president.

On January 14, Erdogan said in the Turkish parliament that the Turks needed his support in Libya.

He even said that Libya is not a foreign country for Turkey, but a legacy left behind by the sultans of the Ottoman state.

Libyan researcher Mohamed al-Zubaidi expected the statements of the chieftains of the Kouloughlis tribe to have deep effects in the coming days.

This tribe, he said, has its own weight in the Libyan society.

Al-Zubaidi even expected tribal support to decide the results of the war in Libya.

According to Libyan researcher Mohamed al-Toumi, tribes have a special position in the Libyan society.

He said in his study, "The role of tribes in forming the political scene in Libya", that tribes have been a principal component of the Libyan society for a long time now.

The 2011 events, al-Toumi said in his study, came to boost the role of the tribes in the Libyan society.