Repercussions of Turkish military intervention on the Libyan scene 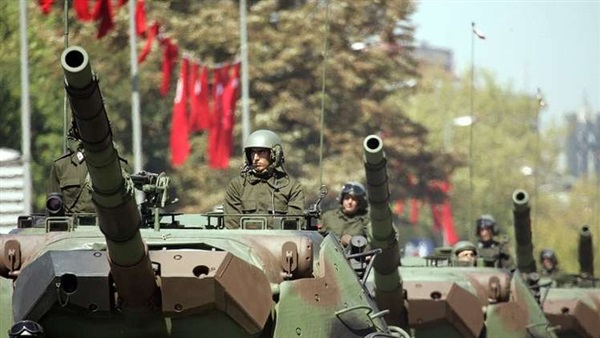 Following the start of the latest military operation by Field Marshal Khalifa Haftar’s Libyan National Army (LNA) aimed at controlling the capital, Tripoli, the Libyan crisis saw rapid developments, as the Fayez al-Sarraj Government of National Accord (GNA) requested extensive support and intervention to change the course of the battle.

Turkish President Recep Tayyip Erdogan grabbed onto this request in order to enhance his influence in Libya and to benefit from this on several axes.

The GNA’s request and the Turkish parliament's decision to approve the deployment of military forces in Libya raises questions about the nature and limits of cooperation between the two parties, as well as about the tools that Ankara uses inside the North African country. There are also questions about the effects of this intervention on terrorist groups in Libya.

Snapshots of the Turkish military intervention in Libya

1– Official presence: Erdogan submitted a request to parliament for authorization to send Turkish military forces to Libya, which it agreed to for a year, with the option to renew. While Turkish support for the Sarraj government is not new, pledging to intervene militarily represents a new milestone in the relations between the two allies.

It could be said that Erdogan took advantage of Sarraj's need for support in order to gain a foothold in Libya for several considerations, including his tense relationship with Egypt and the issue of Mediterranean oil and gas fields.

2– Supplying arms: The Turkish government provides military support to Sarraj’s forces and their armed militias by sending arms and military equipment, violating the UN embargo imposed on Libya since 2011, which was last renewed by the Security Council in June 2019.

There are three benefits Turkey is perhaps trying to achieve, namely supporting the Sarraj forces and militias in their battles against the LNA, opening a market and testing grounds for the Turkish military industry, and receiving direct economic gains.

At the head of these militias are groups affiliated with the Brotherhood and the Misrata Brigades, as well as close ties with the leaders of the Libyan Fighting Group and other militias fighting against the LNA forces with Turkish and Qatari support.

4– Re-employment of Syrian fighters: Turkish recruitment of armed militias and terrorist groups that were active in Syria to fight in Libya is not new. All that is different now is the expansion of this influx, alongside the expected presence of Turkey’s regular military.

The Syrian Observatory for Human Rights estimates that 300 mercenaries from Syria have already arrived in Libya, while 1,600 have arrived in Turkish camps to receive training and equipment before traveling.

Repercussions of Turkish intervention on armed militias in Libya

In this case, the countries of North Africa would be threatened, at the forefront of which is Egypt, as Libya would become a point of departure for terrorist elements entering Egyptian territory through the Western Sahara.

3– Libya has turned into an attractive environment for mercenaries: As the fighting continues, could attract more than just fighters from Syria, as armed men of different Arab and Western nationalities could aspire to take advantage of the incentives offered by the Erdogan and Sarraj governments to fight among their ranks in Libya.

4– Government-sponsored militias: The Turkish intervention aims to enable the GNA forces to block the LNA’s progress, which would keep the Sarraj government’s control over the Libyan capital, continue Tripoli’s dependence on armed militias, and increase their influence, as Sarraj is known to already depend on a number of militias.

5– Increasing the danger and effectiveness of armed militias: As previously mentioned, one means of Turkey intervening is by supplying the militias with weapons and equipment, which increases their activity and effectiveness and extends their survival.

6–Brotherhood’s return to the political scene in North Africa: The Turkish military intervention also aims to support the Brotherhood, to which the GNA is affiliated. Turkey is trying to maintain a presence for the Brotherhood project in North Africa, especially after the group was forced to retreat in Tunisia, Algeria and Egypt.