The legitimate father: Erdogan the caliph of mercenaries around the world 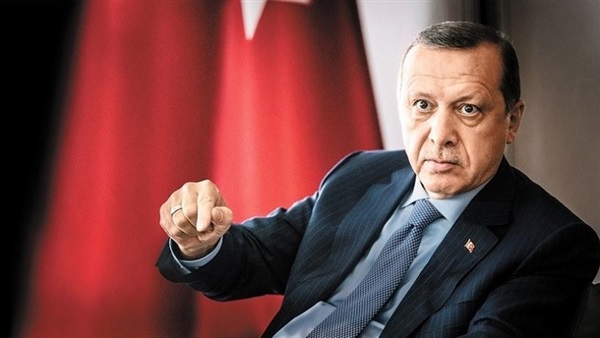 A total of 260 fighters from the Syrian armed factions loyal to Turkey went to Libya to fight alongside the ranks of the Al-Wefaq government forces, all of them from the Legion of the Levant, the majority of whom are from the Homs Diaspora.

They arrived in unregistered flights, under the auspices of the Turkish President Recep Tayyip Erdogan, who is now implicitly classified as "Caliph of Mercenaries” around the world.

According to the Syrian Observatory for Human Rights, there are a thousand mercenaries so far, while the number of those who arrived in the Turkish camps to receive training reached about 1700, among the fighters of the "Sultan Murad", "Suleiman Shah" and "Al-Mu'tasim" faction, as transferring them from the Afrin region is in exchange for a salary of two thousand dollars per month.

Syrian writer Ra'ik Shaalan says in his research on mercenaries that one of the prominent manifestations witnessed by armed conflicts, whether international or not, especially since the second half of the last century until today, is the large and influential role of mercenaries, and this role is not limited to the issue related to the balance of power between the warring parties, and this goes beyond the nature of mercenary activity on the battlefield.

The researcher stresses that mercenaries formed an important tool of fighting in wars, whether before the emergence of states and regular armies or after them, and they are individuals who engage in fighting with one of the parties in exchange for financial benefits and not for the sake of just causes. They target civilians, prisoners, the wounded and civilian installations and commit acts prohibited by international covenants.

The first protocol of 1977 attached to the four Geneva Conventions is the first international document to define mercenaries.

According to Article 47 of this protocol, a mercenary is any person who is recruited locally or abroad; to fight in an armed conflict, and actually participates directly in hostilities with the desire to achieve a personal loot.

The international community made great efforts to outlaw this phenomenon and reached some international agreements as well as the United Nations organ issued a large number of relevant decisions.

The efforts of the international community in curbing this phenomenon did not stop, especially with the development of the role of mercenaries since the middle of the last century and the real challenge they posed to national liberation movements, as well as their dangerous role in spreading chaos, military coups and igniting wars.

At the level of the United Nations, the General Assembly, the Security Council, and the Social and Economic Council each confronted this phenomenon by issuing a series of decisions that condemned and prohibited mercenary activity, and affirmed its illegality and criminal responsibility for it. And training mercenaries.

On the regional level, the members of the Organization of African Unity concluded in 1977 an agreement aimed at eliminating mercenarism in Africa and entered into force in 1985.

Despite these efforts, the phenomenon of mercenaries remains in place, and the most dangerous thing is the proliferation of companies that undertake this task, under various security and military names, including companies that have shares in the stock exchanges.

Therefore, the international community must keep pace with these developments and make greater efforts to reach a comprehensive international agreement to eliminate this phenomenon.