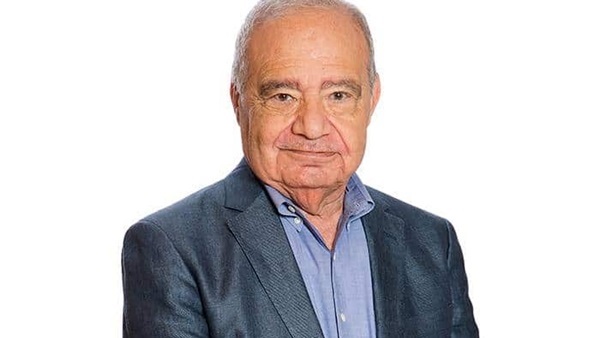 Dr. Muhammad Shahrour, the prominent Syrian Islamic thinker, died in the Emirati capital Abu Dhabi on December 21 at the age of 81.

Shahrour was born in Damascus in 1938 and obtained a high school diploma in 1957 before traveling to the Soviet Union to study civil engineering. He graduated received his degree in 1964 and was then appointed a teaching assistant at the Faculty of Civil Engineering at Damascus University, before going on to earn master’s and doctorate degrees from University College Dublin in Ireland.

Shahrour studied the Quran while he was in Ireland after the 1967 war, which he did until 1990. He then published a series of books on contemporary Islamic studies, such as "The Book and the Quran: A Contemporary Reading" (1990), "Contemporary Islamic Studies on State and Society" (1994), "Islam and Belief: A System of Values" (1996), and "Towards New Roots of Islamic Jurisprudence" (2000), and "Drying the Sources of Terrorism" (2008).

He provided extensive explanation on religious topics in several Western universities and research centers, such as the Council on Foreign Relations in New York, as well as Harvard, Boston, Dortmouth, and Berlin universities, and elsewhere.

Shahrour presented clear positions during his television appearances as he looked at the events that unfolded in the Arab world in recent years, especially after political Islamist groups came to power, which was a shock to ordinary Islamic thought.

He believed that this prompted many to rethink the relationship between religion, society and the state, which prompted some to turn to atheism and leave religion after seeing what these organizations did.

In his book “Religion and Authority: A Contemporary Reading of Governance”, Shahrour held the view that the crisis of the Muslim world began in the second century after Hijra (AH), when the frameworks of Islam were set that continue to this day, including defining the Sunnah and laying down the principles of jurisprudence and the Arabic language, which he contended came from the prevailing knowledge systems of those who governed at that time.

Shahrour believed that the solution to Islamic societies’ problems lies in deviating from these frameworks of thinking established in the second and third centuries AH.

He called for reading the Quran according to modern knowledge and adopting new principles of Islamic jurisprudence, getting away from the former frameworks.

Shahrour considered that the inherited Muslim culture is not innocent of responsibility for the terrorist acts committed in the name of religion, but rather bears the bulk of responsibility, noting that this culture "permits the blood of others."