The rise of Female suicide bombers number among terrorist organizations 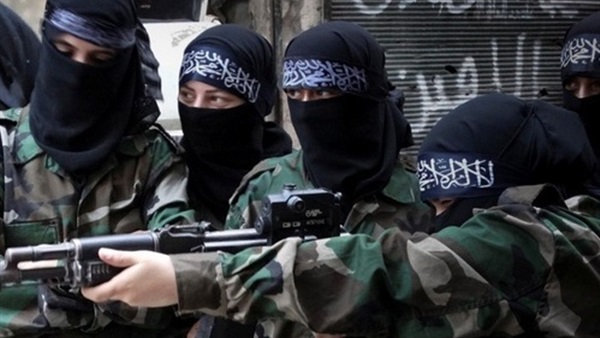 One of the serious questions which should be asked regarding women’s involvement in terrorist activity is whether they are passive agents or frontline jihadists.

In recent years, terrorist organizations have focused much attention on women: both as targets of their murderous attacks as well as a potential demographic group for recruitment. But counterterrorism efforts across the world have not given enough thought to the idea that women can also represent an untapped resource in the fight against extremism and radicalization.

Women are uniquely placed to effectively challenge extremist narratives in homes, schools and societies the world over; they wield tremendous influence on those most vulnerable to terrorist recruitment: youth. For this reason, it is important to examine the role of women as perpetrators and victims of terrorism as well as under-utilized resources in the ideological fight against terrorism.

A report from the Slovakia-based non-governmental group GLOBSEC said that ISIS has been appealing more to women and girls in its propaganda. “ISIS has increased its female-focused efforts, writing manifestos directly for women.

Female extremists in Europe or returning from areas of Iraq and Syria should not be regarded as "brides" but as militants capable of active roles in future attacks rings true with officials at Syria's al-Hol camp.

The study, issued in Brussels by GLOBSEC, looks at data from 326 European extremists captured, deported or killed since 2015.

It found that though women and girls were a tiny minority of so-called "foreign terrorist fighters", many still represented a significant threat.

Out of the 43 female suspects in the study, there were cases of "attack planners, active female jihadi recruiters, propagandists and what effectively could be called a logistical officer" who had sheltered fighters, the report said.

It noted an attempt by a female cell to bomb Paris's Notre Dame cathedral three years ago and recent efforts by imprisoned European female members of the "Islamic State of Iraq and Syria" (ISIS) to launch crowd-funding campaigns.

"It becomes clear that the 40-plus women included in the dataset are not mere 'brides', as the role they play in terrorist networks is more sophisticated and demanding," the report said.

Their work with ISIS included al-hesba ("religious police") duty and armed patrols in addition to logistical activities such as online recruitment, he said.

Many of these women, both Syrian and foreign nationals, continue to adhere to the group's hardline ideology and apply its teachings inside the camp, he added.

He described them as cruel to the point of criminality, pointing to their harsh treatment of women who try to depart from the group’s rigid tenets and to their attacks on the guards assigned to protect them.

"The section of al-Hol camp that houses ISIS women is one of the most dangerous places anyone could be in," Dudeki said, noting that the most radical residents are those who arrived after the group was ousted from al-Baghouz.

They have organised al-hesba teams that punish anyone who breaks with them, he said, noting that there have been at least two recorded cases of girls being killed because they had taken off their niqab.

They also have prevented other women from undergoing medical examinations alone, assigning al-hesba escorts to all patients in order to keep them in line.

There have been a number of recorded cases of ISIS women stabbing guards and disappearing among the other women, all of whom wear the niqab, which makes it difficult to identify the perpetrator, he added.

The GLOBSEC study examined the connection between crime and extremism, noting that many extremist fighters started out with ordinary criminal records and were radicalised behind bars.

A third of the cases studied were foreign fighters who, on return to Europe, "often play the role of jihadi entrepreneurs or charismatic cell or network leaders", the report said.

At the presentation of the report, EU officials connected to security policy were told that most of those convicted in Europe of terrorism crimes went on to commit crimes after their release.

"Dutch staff after years of work could give only two examples of prisoners who were deradicalised," said Bart Schuurman, a security researcher at Leiden University in the Netherlands, who contributed to the report. "It is well-nigh impossible in most cases."

He noted that the debate about deradicalisation remained prominent, but "I do not think it is useful".

Instead, he and others who worked on the report said, prison authorities were focusing more and more on segregating committed extremists from the general incarcerated population to prevent them from radicalising others.

The role of the woman as the world audience perceives it, not that of a suicide bomber but of an ideological supporter and operational facilitator, is more important for the maintenance of the operational capabilities and the ideological motivation for a terrorist organization. The women follow a gender-specific interpretation of the radical ideology, the female Jihad, and can become a possible danger, while conflict is in place.

“After years of work, the Dutch employees can announce that only two of the prisoners have abandoned extremism” said Bart Schurman, a security researcher at the University of Leiden in the Netherlands, who contributed to the preparation of the report.

This December 2019, the Global Terrorism Index for 2019 issued by the Center for Peace and Economy, which is one of the major research centers concerned with monitoring and following-up terrorism indicators around the world, explained that the phenomenon of female suicide bombers has witnessed a significant increase from 2013 to 2018 by 30%. Although m The percentage of suicide operations carried out by women represents 3% of all suicide attacks for the year 2018, while it constituted 5% from 1985 to 2018, but this percentage indicates an escalation in the dependence of terrorist organizations on women in carrying out suicide operations.

The Observatory indicated that this approach by the Center for Peace and Economy confirms what the Observatory has spoken about in its reports regarding the escalation of the phenomenon of attracting women in terrorist organizations, especially with the rise of "ISIS" beginning in 2014, as the global indicator of terrorism has shown that suicide operations that Through women, it carried out an estimated 200 terrorist attacks from 2013 to 2018, and the "Boko Haram" group was the most reliant on the phenomenon of suicide bombers.

The Boko Haram group is one of the organizations that relies on women to kidnap and use them in terrorist operations, as a report issued in April 2018 by the United Nations Children's Fund (UNICEF) showed that the group has kidnapped more than 1,000 children in northeastern Nigeria since In 2013, terrorism in Nigeria is characterized by a rise in kidnappings and the use of women in these operations by forcing them to carry out suicide attacks by terrorist elements.