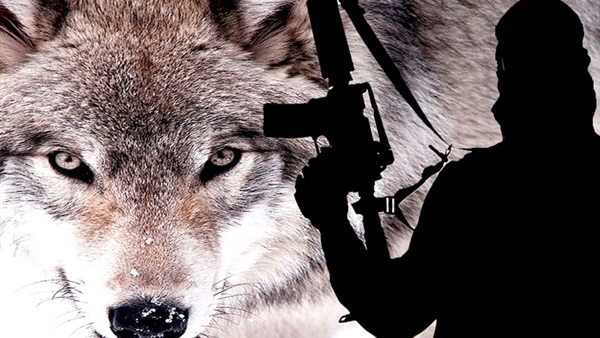 Kassai suffered and witnessed the developments of this phenomenon in Iraq, which pushed him to study it closely and write about it in depth in most of his previous studies, which approached ten studies. He won an award, one of which was from the Arab Educational, Cultural and Scientific Organization (ALESCO) for the year 2015.

In his new book, he researched and studied the philosophy and ideology of Europe's jihadists and extremists, their fundamentalism and their armed activity within the European environment in terms of their thought, their situations, their behavior, their strategy, and their movement outside the continent and their return.

According to studies of political psychology and analytical psychology, the writer presented an analysis of the behavior of people who are not subject to the idea of citizenship, who later became members of terrorist groups and reasons why Daesh would focus on Europe before the United States and Israel, especially after the ideological split that occurred between al-Qaeda and Salafist jihadists groups.

The writer says that it seems that the United States does not suffer from a problem with Islamists to the extent that European countries suffer; as the cases of American Muslim youths joining Daesh were recorded at very small numbers. Moreover, they did not comply to calls for jihad, as what happened in Paris, Brussels and Amsterdam, contrary to what was expected compared to the ability to penetrate the American security as it did in the attacks of September 11, 2001.

phenomenon of religious extremism and terrorism with some psychological factors that control individual behavior and determine the person’s intellectual identity, for example, in terms of the concept of “alienation” as an important analytical approach that form the main kick-starter for a lone wolf.

The book provided a critical analysis of cases of lone wolves that may draw a semi-logical picture of their reality, which will lead us, according to the pragmatic theory, to sources of financing, training, and arming.

The book further says that the rise of Daesh activity in its European version, or Western jihadists, is the responsibility of the West and Europe in the first place.

Kassai also says that these terrorists are the sons of the first generation of jihadists who were sheltered in Europe and America and raised and fed by their ideas and culture so they supported and trained them to fight, whether in Afghanistan or other countries.

The book also says these fighters and those involved in terrorist activity carry a Western culture and a European pattern of living, and not a pure Arab Islamic culture.

The writer identified these terrorists as European citizens who were neglected and ignored by Western governments, thus, they became easy prey for Daesh.

The book deserves to be read and studied by specialists, decision makers, and workers in fields that tackle the growth and emergence of extremist groups.