UN official says ISIS children should not be behind bars 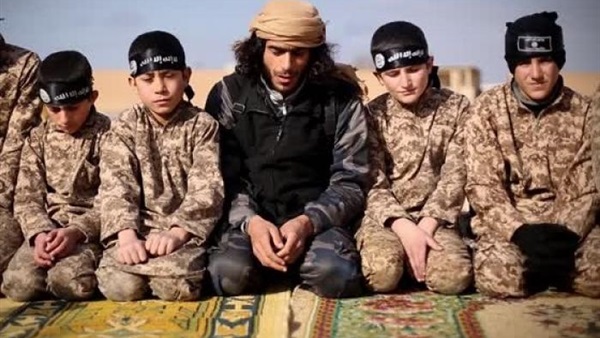 Muazz Mohamed
طباعة
Andrew Gilmour, the United Nations assistant secretary-general for human rights, wrote in The New York Times titled “The world is failing innocent victims of the war on terrorism”, decrying the detaining of ISIS children behind bars.
Gilmour stressed that sending ISIS children to jail wouldn’t be an effective approach. He pointed out that it is not the way to treat children who are also victims of terrorism. Nor is it effective counterterrorism policy.
Tens of thousands of men, women and children with an alleged connection to the Islamic State are currently held in camps in northeastern Syria. Most are Iraqis and Syrians, but there are also thousands from some 70 other countries. The situation is tense, and fears have grown recently that remnants of the Islamic State will attack the camps in order to free the actual terrorists, Gilmour wrote.
With notable exceptions, most governments have been slow or reluctant to take back their own nationals, citing security risks and the challenges they face identifying nationalities, gathering admissible evidence to prosecute, and developing reintegration programs.
Governments clearly have legitimate security concerns: The fight with the Islamic State is not over. And some of those in the camps — men and women — are hardened fighters who have committed horrifying crimes and must be brought to justice.
According to Gilmour, it is wrong to leave the countries and communities of this conflict-battered region to bear such a large burden of this fight. Governments in the rest of the world can demonstrate solidarity in countering terrorism by at least taking responsibility for their own nationals.
Governments should immediately take back their citizens in these camps who are most vulnerable: unaccompanied children and orphans; pregnant girls; persons with disabilities; and children with mothers with no record of violence, taking into account the best interests of the child. Many have been subject to abuses, including sexual violence, and they should be provided with appropriate assistance as well as support with reintegration.
Governments should also allow for the immediate return of terrorist suspects in cases where there is enough evidence to prosecute them in their national courts with fair trial protections without resorting to the death penalty.
In the course of many United Nations postings over 30 years, mostly in countries confronting a terrorist threat, I’ve always been struck by how often governments pursue counterterrorism campaigns in such a brutal way that the result has been to create more terrorists.
Gilmour concluded his article stressing that we should start with an approach to foreign nationals in Syria that ensures accountability, while giving these children some hope, dignity and whatever remains of their childhood.