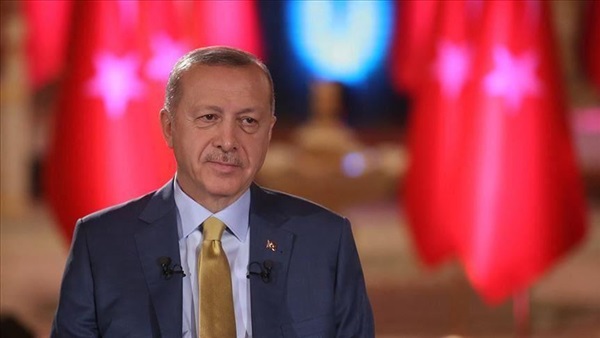 Sara Rashad
طباعة
Recent remarks by Turkish President Recep Tayyip Erdogan have sent deep anger to the political stage in Libya.
In an interview with the official TRT news channel, Erdogan said on December 9 that his country is ready to send troops to Libya, if the Islamist-leaning National Accord Government had requested this.
Imminent Turkish invasion
In reaction, the National Libyan Army published a photo of its commander, Khalifa Haftar, following the progress of an operation for the liberation of Libyan capital, Tripoli.
A unit of the army also published a video of National Army troops training in one of its military bases.
Libyan political activists considered Erdogan's remarks, meanwhile, as an expression of an imminent Turkish invasion of Libya.
They called for staging protests in areas liberated by the National Libyan Army on December 13 against what they described as the "Turkish escalation".
False legitimacy
Libyan affairs specialist at Egyptian think tank, Ahram Center for Political and Strategic Studies, Bashir Abdelfattah, referred to the actual presence of Turkish troops in Libya.
"Erdogan's remarks did not contain anything new," Abdelfattah told The Reference.
He added that the Turkish president only wanted to legitimize his country's military presence in Libya.
Abdelfattah noted that the expected Turkish move was a direct result of the latest memorandum of understanding between Turkey and the National Accord Government on security cooperation and the delimitation of maritime boundaries.
He expected the National Accord Government to request Turkish military presence in Libya soon.
"Erdogan will declare the presence of his country's troops in Tripoli soon," he said.
Welcome
Libya's Islamist figures welcomed the remarks of the Turkish president. They even called for speedily requesting Turkish military presence in Libya.
Director-General of the Islamist Tanasoh Institution, Suhail al-Gheriani, referred to Ottoman history in Libya.
"Will the Ottomans help us kick the invaders out of Tripoli," al-Gheriani asked on Twitter.