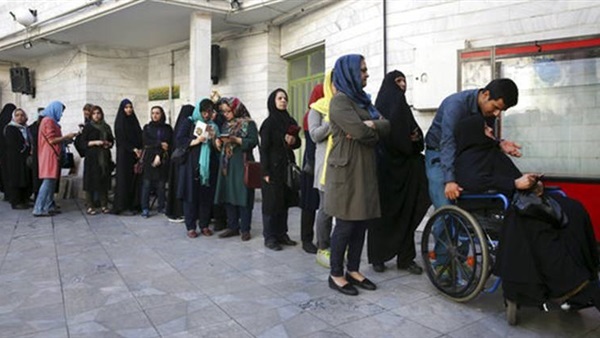 Attention is turning to the Iranian Shura Council elections expected on February 21, 2020, after the deadline for registering candidates ended last Saturday.

The Iranian Election Headquarters said 13,896 people across Iran have applied to run for the Parliament.

These election comes amid complicated circumstances and unprecedented challenges facing the Iranian system internally and abroad, which will cast a shadow over its progress and results of the election.

The Iranian regime has granted the Guardian Council of the Constitution, an appointed and constitutionally mandated 12-member council that wields considerable power and influence in Iran, the authority to check, accept or reject candidates.

Iran’s reformists seem to have a very little chance of being elected like what happened during the 2004 Parliamentary election that witnessed the exclusion of around 3,000 reformists.

Despite the ability of the Iranian regime to exploit its power to grant more space to the fundamentalists, the reformists are in greater trouble, especially after they lost their credibility in light of the recent crises that the Iranian people have been suffering, not to mention an emerging popular awareness that this stream is also used by the regime.

IRGC Intelligence Chief Hossein Taeb has warned against "infiltrators" entering the Iranian Parliament in the upcoming elections in February, amid tensions between President Hassan Rouhani and the country’s hardliners.

Speaking at a gathering of election supervisory boards, Taeb said the IRGC Intelligence Organization will prevent "Counter-revolutionaries and corrupt individuals" from gaining seats in the Parliament.

Abbasali Kadkhodaei, spokesman of the Guardian Council, has said the amendment to Iran’s election law could be implemented in the next elections provided that the parliament addresses the faults found in it by the council.

He also added that the authorities will allow the participation of the largest possible number of candidates for the Iranian legislative elections scheduled for next February, saying, “If we stick to law enforcement, we will be able to satisfy as many candidates as possible.”

Such statements point out that the Council knows the extent of the stalemate facing these elections, which are threatened by a potential low turnout after the decline in the popularity of the reformist movement, all cards are now in the hands of the fundamentalist trend, which qualifies it to sweep the elections, due to its ability to mobilize certain sectors, in addition to the absence of competitors.