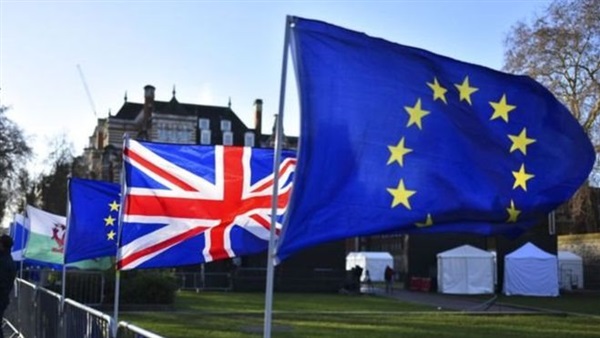 Britain will face another Brexit crisis in the spring if Tories win, says Farage

Here are the main points from Nigel Farage’s speech earlier.

Farage, the Brexit party leader, said Britain would be “back in [Brexit] crisis by May” because at that point the government would be under pressure to agree to an extension to the Brexit transition. The Conservatives have ruled out in their manifesto extending the transition period beyond December 2020. But most EU experts think that this will be another promise that Boris Johnson will have to break (like not extending beyond 31 October) because it will be impossible to negotiate a UK-EU trade deal by the end of next year. If the transition is going to be extended, that decision is going to have to be taken by next summer, and Farage said this would precipitate a crisis. Johnson claims that a vote for the Tories will “get Brexit done”, but Farage is probably right in arguing that this claim is bogus. Farage also complained that there had been very little public debate in the campaign about the detail of Johnson’s plans. He said:

They call it the Brexit election. There has been almost no discussion about the withdrawal agreement whatsoever ...

If we get a Conservative majority, which I still think we will, we will be back in crisis by May next year as we face extension to the whole process, which has to be done by 1 July ... I know that a botched Brexit, frankly, is barely worth having.

Farage is right to say that Johnson has been able to get through the campaign without his Brexit plan being subject to sustained scrutiny. As an example, yesterday Johnson said at an event: “We can literally rip up the EU rule book and write a new one for ourselves [after Brexit].” Yet the day before, when asked by workers about the impact of Brexit on factories dependent on just-in-time supply lines in the north east, Johnson said: “The thing about the deal we’ve got ... it makes sure we have complete equivalence when it comes to our standards, our industrial requirements and the rest of it.”

Farage said a newspaper campaign to get Brexit party candidates to stand down was unworthy of a proper democracy. Claiming that there had been “real nastiness” in the campaign, he said:

I have seen people who want to put themselves forward for election be hounded and bombarded in just the most extraordinary way. Not just horrible abuse on the streets ...

Isn’t it amazing an attempt [was] led by a mainstream national newspaper to intimidate people out of standing for public office? That is what has been happening. If this was Bolivia, you would be calling for the United Nations to be brought in. But it’s been happening in this country and it’s still happening today.

Farage was referring to the Daily Mail, which campaigned for Brexit party candidates to stand down when it was worried they would split the leave vote and damaging Johnson’s chances of winning.

Farage said that after the election he would write a book about the campaign making the case for proportional representation. He said it would cover:

Why I think the first past the post electoral system, which might have served us perfectly well in centuries gone by, is no longer fit for purpose, and actually leads to general elections conducted on the basis of endless negativity. ‘Do you think we’re bad? Look at the other lot. They’re even worse’ ...

I do think it’s time for real, fundamental change and political reform. We are living in the 21st century with a 19th century set of institutions. It isn’t working any more. And that bond of trust that needs to exist in a civilised democracy between the electors and those that govern them, that actually has been breaking down over the course of the last few years.

One of the ironies of this campaign is that the Brexit party, which is generally seen as a reactionary, rightwing outfit, is the party that is probably doing most in this campaign to champion electoral reform, a cause generally associated with the progressive left. The Liberal Democrats used to be the most vocal advocates of PR. They still support it, but it is not an issue they highlight much. This is probably a consequence of Nick Clegg’s doomed referendum on the alternative vote in 2011, which effectively killed PR as an issue in mainstream politics for the rest of the decade.

The second stop of the day for the PM was a brief visit to a catering firm called Red Olive, in the Derby North constituency, where former Labour MP Chris Williamson is standing as an independent after being suspended over antisemitism.

Boris Johnson helped to put the lid on a pie and brush it with egg wash, before placing it in the oven (“oven ready”: get it?).

He then took another pie, which had already been cooked, out of the oven and displayed it for the cameras. Perhaps it represented Theresa May’s deal.

“How can we express this deal more succinctly or more clearly?” he asked.

I’m standing in a sunny rugby club car park in Hersham, in the Surrey commuter belt, for the first stop of the Lib Dems’ final election push.

They have used both their bright orange battlebuses – one diesel, one electric – to bring along Jo Swinson as well as their deputy leader, Ed Davey. The buses will now head off on different routes, but both focusing on London and surrounding commuter towns – where the party hopes tactical voting could help them overturn big Conservative majorities from 2017.

Hersham is in Dominic Raab’s Esher and Walton constituency, where polling shows he is vulnerable to the Lib Dems if enough Labour voters switch sides.

Swinson’s brief speech to activists was a summary of the party’s late-campaign message – rather than arguing she can become PM, the aim is to, as she put it, “Stop Brexit, stop Boris”.

She exported the activists to make a final push for voters. As with many election events, there were no actual members of the public here – it was staged in part to buoy local members, but also for the TV and photo optics.