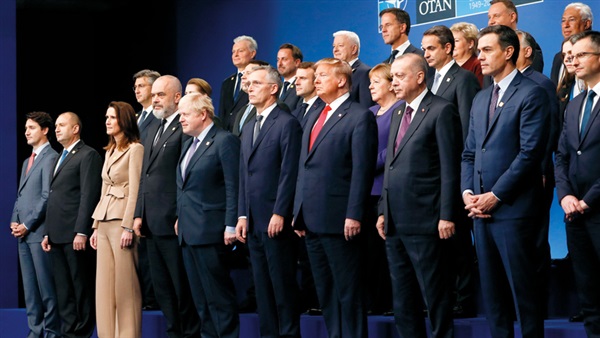 The Islamism terrorism is considered for many the synonym for the term "political Islam", which means this trend is politically fancy and behavior.

In the midst of the presidential talks of the leaders of the countries gathered at the NATO summit on December 3, 2019, US President Donald Trump asked his French counterpart, Emmanuel Macron, “Do you want some Nice ISIS militants, can I give them to you?

Macron said: The numbers of ISIS affiliates are as large as the militants from the Middle East, and that Europe’s militants are not the whole problem, but that there are large numbers of militants still in Syria and Iraq and that this is the real problem, despite Trump’s claims To end the organization in the region by 100%.

And that was not the first time that Trump had threatened to use ISIS against the European continent.

In mid-February 2019, he wrote on his personal page on the social networking site “Twitter,” saying that European countries must restore their citizens ’lives, otherwise they would be released to threaten the old continent, notably Germany, France and Britain, and in August 2019.

Trump repeated the same threat, saying that his country would release foreign ISIS in its areas of control in Syria if their countries did not receive them.

The foregoing is a form of political employment for the file of terrorism, as Washington is fighting a war in the region to defeat ISIS and under its grip many of its militants and exploit this to compete with its competitors. Indeed, he joined ISIS according to statistics, citizens from Asia to Australia, while Trump selects Europeans to threaten to return.

In addition, the institute pointed out that the United States, Russia, France, Germany and China accounted for 75% of the countries that export weapons globally during the period between (2014-2018), and while some geographical areas witnessed a decrease in the rates of arms imports, the percentages of the Middle East increased To be one of the first importers worldwide.

For its part, Nourhan El-Sheikh, a professor of Asian politics at Cairo University, said in a statement to the "reference" that the absence of terrorism in a region or not is radically linked to the arms trade. Examples include the war raging in Afghanistan and its 18-year duration and the inability of the forces The American military and its NATO allies end the Taliban or al-Qaeda. Rather, the Taliban are stronger and impose conditions on Washington, stressing that the American withdrawal from the region is linked to the same variable as well.

Second: The plunder of economic capabilities, and the term (international plunder) is related to what some countries are using to exploit terrorism in obtaining the capabilities of other countries that are weak to exploit their security and political laxity. Evidence of this is what Iran is doing with regard to the Somali charcoal extracted by the terrorist "youth" movement. Associated with the "Al Qaeda" organization.

On October 13, 2018, the United Nations issued a report condemning Tehran for its cooperation with the "youth" movement to steal high-quality Somali coal and then resell it to the world again via its waterways at the international price, although it was stolen primarily and the Somali government and people did not benefit it.

Iran is doing the same in Latin America, especially in Venezuela. In January 2019, the opposition Venezuelan deputy, American Grazia, confirmed that the government allows Iran, its militias, and other terrorist groups to exploit its gold mines to serve common strategic interests.