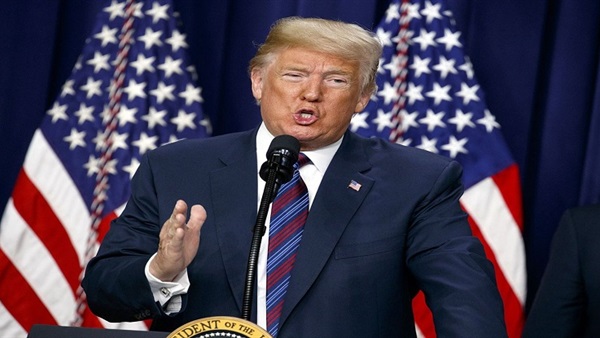 Although almost a month having passed since the popular protests erupted in Iran after the mullah regime decided to raise gasoline prices by 300% and the Revolutionary Guards adopted repressive tactics towards the demonstrators, the Iranian people are still adhering to their demands for the regime’s departure.

Instead of the regime understanding and responding to the demands of the demonstrators or working to fix domestic conditions, its security arms stepped up their operations of repression, killing, and arbitrary arrests of protesters, in addition to accusing them of treason.

The mullah regime sought to cut internet services from the Iranian people in order to prevent the facts on Iran’s streets from being exposed to the outside world and to make countries think that conditions in Iran are stable, but that did not work. Videos documenting the regime’s crimes appeared, and President Donald Trump commented on them, saying that the United States strongly supports the brave Iranian people who are fighting for their freedom.

During a meeting on the sidelines of the NATO meetings on Tuesday, December 3, Trump stressed that many people are being systematically killed in Iranian cities because of the protests they are carrying out. He considered this to be appalling, especially with the announcement by Amnesty International that at least 208 had been killed.

Trump added that the media find great difficulty in entering Iran to report on the events taking place there and the crackdowns on demonstrators by the Iranian Revolutionary Guards.

In an analysis of the nature of the events inside Iran, the National Interest said in a report on Tuesday that the protests have reached a boiling point.

The magazine believes that the 1978 scenario that led to the overthrow of former Iranian Shah Mohammad Reza Pahlavi could be repeated, as these demonstrations differ from the previous protests in 2009 against former President Mahmoud Ahmadinejad, as the current demonstrations transcend ethnic and class divisions.

In its report, the National Interest noted that Iranian security forces have dealt swiftly, brutally and repressively with the protesters with the aim of directly suppressing these demonstrations, bringing to mind the security dealings during the events of 1978.

Iranian opposition leader Maryam Rajavi tweeted that the mullah regime has become unable to contain the protests, pointing out that the violent methods used by the Iranian regime constitute a crime against humanity.

The Iranian people will not stop the uprising, Rajavi added, calling on the international community to punish regime elements for crimes against humanity and to support the people's demands.