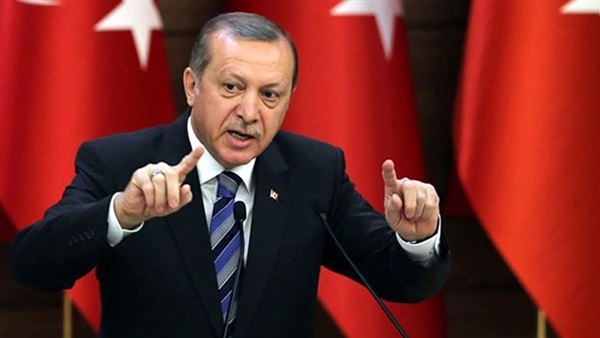 At a press conference in the German city of Hamburg where Erdogan was attending a G20 summit, a reporter asked him when the Peoples’ Democratic Party (HDP) co-chair Demirtas and other Kurdish lawmakers would be released from jail.

“Turkey is a country of law. The person you are talking about is a terrorist,” said Erdogan in his remarks carried on Kurdistan24 TV about the leader of the second largest opposition block at the Turkish Parliament.

“I do not have the authority to release terrorists from prison,” Erdogan continued about Demirtas who Turkish prosecutors have asked up to 142 years of imprisonment.

“It’s up to the judiciary. We will welcome with great pleasure whatever the judiciary decides,” added Erdogan.

In response, the HDP headquarters released a statement on its website condemning Erdogan’s rhetoric “in the strongest terms possible.”

It refused to call Erdogan the President, referring to him as the leader of the Justice and Development Party (AKP) only.

“Demirtas is the representative of millions [of people]. He is a lawmaker and once an honorable presidential candidate [in 2014],” read the statement.

The HDP accused Erdogan of openly interfering with judicial processes, dictating members of judiciary what decisions to make, and threatening the Constitutional Court.

“Erdogan’s saying ‘Turkey is a country of law’ and alleging that judiciary is independent one minute before labeling Demirtas a terrorist are lies,” said the HDP.

“History will prove who the terrorist is,” the HDP statement continued, promising to politically and legally challenge Erdogan’s remarks.

Demirtas rose to prominence in June 2015 elections with his success of garnering 13 percent of votes for the HDP.

Police detained Demirtas and a dozen other Kurdish lawmakers in midnight house raids in November 2016.

The Kurdish leader has previously said he was a “hostage” because of his stance against what he described as Erdogan’s plans of forging “a one-man rule” in Turkey.

Erdogan views the HDP as the political front for the banned Kurdistan Workers’ Party (PKK) that is waging a decades-long guerrilla warfare against Turkish troops over government repression of Kurdish rights.