Iranian forces may have killed more than 1,000 protesters 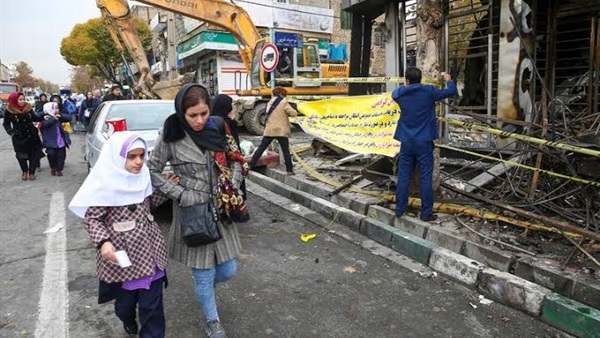 US Special Representative for Iran Brian Hook says Iranian security forces may have killed more than 1,000 people since protests over gasoline price hikes started in mid-November.

“As the truth is trickling out of Iran, it appears the regime could have murdered over a thousand Iranian citizens since the protests began,” Hook told reporters at the State Department.

He said the US has seen video of one incident in which more than 100 people were shot and killed.

Hook added that “many thousands of Iranians” had also been wounded and at least 7,000 detained in Iran’s prisons.

The unrest, which began on November 15 after the government abruptly raised fuel prices by as much as 300 percent, spread to more than 100 cities and towns and turned political as young and working-class protesters demanded clerical leaders step down.

Tehran has given no official death toll but Amnesty International said on Monday it had documented the deaths of at least 208 protesters, making the disturbances the bloodiest since the 1979 Islamic Revolution.

Tehran’s clerical rulers have blamed “thugs” linked to its opponents in exile and the country’s main foreign foes for the unrest.

The struggle of ordinary Iranians to make ends meet has become harder since last year, when US President Donald Trump withdrew the United States from Tehran’s nuclear deal with six world powers and reimposed sanctions that have further crippled Iran's oil-based economy.

Hook also said a US Navy warship seizing advanced missile parts believed to be linked to Iran from a boat it stopped in the Arabian Sea on November 25 was likely further proof of Tehran's efforts to inflame conflict in the region.

“We interdicted a significant hoard of weapons and missile parts evidently of Iranian origin. The seizure includes sophisticated weapons,”" he said, adding that the vessel was reportedly heading to Yemen to deliver the weapons.

“The weapon components comprise the most sophisticated weapons seized by the US Navy to date during the Yemen conflict,” Hook said.

Under a United Nations resolution, Tehran is prohibited from supplying, selling or transferring weapons outside the country unless approved by the Security Council. A separate UN resolution on Yemen bans the supply of weapons to Houthi leaders.