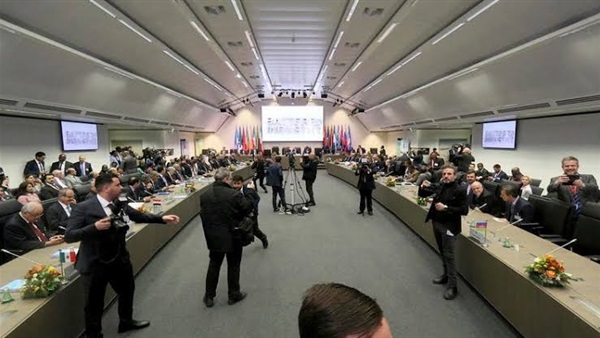 OPEC ministers finished a marathon meeting on oil markets Thursday night amid expectations that the exporters’ club will announce deeper cuts in supply on Friday.

Ministers remained tight-lipped after the ministerial session ended soon after 11pm at the group’s Vienna headquarters, with Saudi Energy Minister Prince Abdulaziz bin Salman telling reporters: “The OPEC meeting is finished. We will have a meeting tomorrow and everything will become clear for you.”

He was referring to a meeting scheduled for Friday, where OPEC ministers will try to nail down output cuts to be shared with exporters outside the group, including Russia, Kazakhstan and Oman.

Earlier in the day, a Joint Ministerial Monitoring Committee recommended that OPEC and allied exporting countries remove another 500,000 barrels per day from the world market, according to Russia’s Energy Minister Aleksander Novak.

OPEC and friends, known as OPEC+, are grappling with the prospect of a wave of extra barrels from rival producers expected to hit the market next year. They have officially maintained an agreement to reduce exports by 1.2 million barrels per day for almost three years, but compliance has been patchy, with Saudi Arabia taking a highly disciplined approach, but notable exceptions in Iraq, Nigeria and Russia, which are all pumping above their quotas.

North Sea Brent crude oil futures held at around $63.21 per barrel late on Thursday. OPEC+ has managed to keep prices relatively stable, between $50 and $75 a barrel. But the market is expected to see a wave of new supply from producers outside OPEC+ next year.

The US alone, which has seen explosive output growth thanks to innovations in drilling technology, is expected to add more than a million barrels per day next year, having added more than a million in the past 12 months. With more barrels expected from Brazil, Norway and Guyana, countries outside OPEC+ are due to add a whopping 2.3 million barrels a day next year, according to the International Energy Agency. This is more than double the expected growth in demand for oil and so OPEC+ is seeking to adjust to keep prices from falling.