Macron corrects Trump over false claims that ISIS is defeated 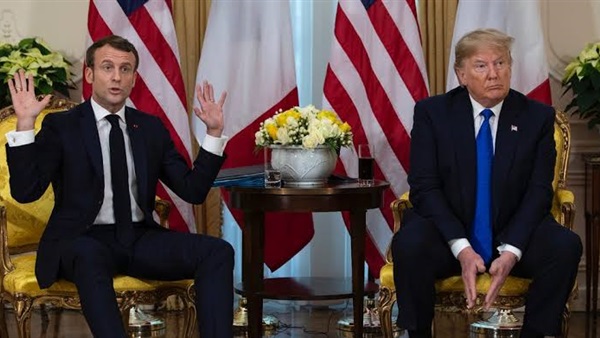 French President Emmanuel Macron did not mince words as he discussed ISIS with US President Donald Trump on Tuesday at a NATO summit in London, fact-checking his American counterpart as they met on the global stage.

In an apparent jab at Trump's repeated false claims that ISIS is defeated, Macron said: "I think No. 1 priority, because it's not yet finished, is to get rid of ISIS and these terrorist groups. This is our No. 1 priority. And it's not yet done. I'm sorry to say that."

In October, Trump said the US has defeated "100% of the ISIS Caliphate."

But the US military is engaged in operations against ISIS. The terrorist group has lost territory — its so-called caliphate — but is estimated to still have up to 18,000 fighters in Iraq and Syria.

"We have captured 100% of the caliphate," Trump said on Tuesday, though he acknowledged that the group is still active and emphasized that the US is working to prevent ISIS from regrouping.

"Many are from France, many are from Germany, many are from UK," Trump said. "They're mostly from Europe, and some of the countries are agreeing. I have not spoken to the president about that."

The US president then turned to Macron and added: "Would you like some nice ISIS fighters? I can give them to you. You can take every one you want."

Macron replied: "Let's be serious. The very large numbers of fighters you have on the ground are the fighters coming from Syria, from Iraq and the region."

The French president conceded that foreign fighters from Europe had joined ISIS but added that they represent "a tiny minority of the overall problem we have in the region."

Earlier Tuesday, Trump went after Macron's comments on NATO in an interview with The Economist last month. Macron said NATO was experiencing a "brain death" and was critical of Trump's approach to the historic alliance.

"We find ourselves for the first time with an American president who doesn't share our idea of the European project, and American policy is diverging from this project," Macron said.

Trump, who has frequently criticized NATO and its members, said Macron's comments were "very, very nasty" and "insulting."