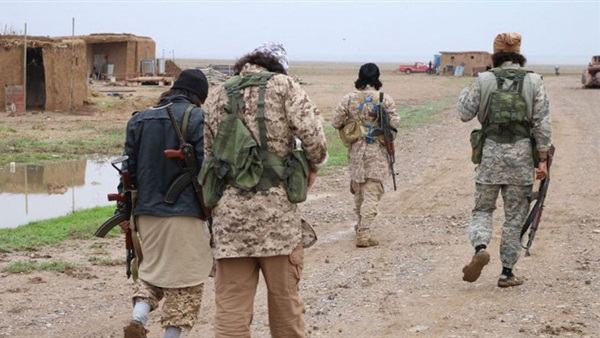 The presence of the Daesh terrorist organization in Syria has diminished, and its terrorists have lost their grip over large areas of the land.

However, the slow defeat of Daesh has left a vacuum in Iraq and Syria; areas once controlled by the group have been filled by forces linked to Iran, Turkey, the United States, and Russia, author and analyst Seth J. Frantzman said in a report published by Foreign Policy on December 4, 2019.

Frantzman added that the death of Abu Bakr Al-Baghdadi bookends a five-year effort to defeat Daesh that involved more than 70 countries and comes amid a U.S. withdrawal from parts of Syria.

The United States remains in other areas of eastern Syria in Deir Ezzor and Hasakah provinces, where it is keeping Daesh sleeper cells on the run.

He further pointed out to new conflicts emerging, including the protests in Iraq and Turkey’s invasion of Syria, adding that this is a bad news for average people seeking to recover from the depredations of Daesh.

The advance of different forces, such as Turkish-backed Syrian rebels near Tal Abyad in Syria and U.S. repositioning to secure oil fields near Deir Ezzor, neglects local communities, representing a competition for land, power, and resources, the report said.

The post-Baghdadi period should be seen as a series of interconnected events and conflicts that emerged after the setbacks that Daesh faced in 2017.

This list includes the Kurdistan Regional Government’s referendum in September 2017; the attempted attack on SDF-held oil fields by Syrian regime-backed Russian contractors in February 2018; the threats by Turkey to invade eastern Syria and its eventual attack on the SDF in October 2019; a series of mortar and rocket attacks near U.S. facilities in Iraq allegedly carried out by pro-Iranian elements; and the airstrikes attributed to Israel that were carried out in Syria and Iraq against Iranian-linked facilities.

The best way to look at the complex and intricate post-Baghdadi landscape is as a series of spheres of influence projected by regional and global powers, operating through local paramilitary units. For instance, Turkey sees the entirety of northern Syria as an area it wants to either control directly or use proxy forces to control. It now runs areas around Afrin, Idlib, Jarabulus, and Tal Abyad. This is an unprecedented expansion of Ankara’s power not seen since the Ottoman Empire, according to the report.