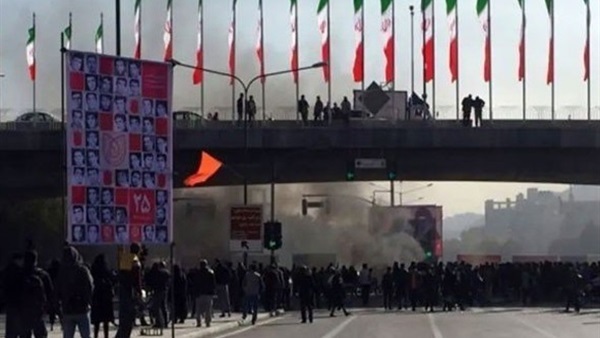 Iranian state television on Tuesday, December 3 officially acknowledged for the first time that security forces had shot and killed “rioters” during the protests against fuel price hikes in the country.

This came during a televised report that criticized the international channels’ coverage of the protests that began on November 15.

At least 208 protesters were killed in Iran during the security crackdown that followed the recent protests, Amnesty International said on Monday, December 2.

Iran insists that no precise toll of the protest victims should be made public, although it contradicted Amnesty International statistics. According to the official authorities, some 200,000 people took part in the demonstrations, but the real numbers are likely to be much higher.

Meanwhile, US Republican Senator Ted Cruz attacked the regime’s attempts to target journalists. "The Iranian regime is trying to intimidate and silence journalists broadcasting in Persian because they know that simple truth poses one of the greatest threats to their continued rule," he said on his Twitter account.

Hundreds of demonstrators protested in Paris on Monday afternoon against the “massacre” committed in Iran, where the suppression of the protest movement has killed hundreds.

Behzad Naziri, a protest organizer and a leader of the National Council of Resistance of Iran (NCRI), said in media statements, “The regime has moved to a new stage. It has given systematic orders to shoot demonstrators. It is unprecedented; we have never seen such a massacre.” The Iranian opposition has also called for a fact-finding mission on detainees in Iran, according to Al-Arabiya TV.

Meanwhile, Iran MP Mahmoud Sadeghi on Tuesday threatened to publish the real numbers of dead, wounded and detainees, if the government did not do so.

"If the Iranian authorities do not publish the numbers of people killed, injured and detained during the recent protests, Iranian lawmakers will publish the data from reports they have received," Sadeghi was quoted as saying by the International Iran page on Twitter. 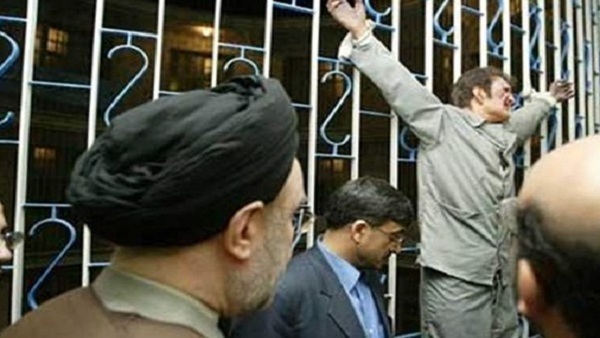 France and the mullahs' prisons

For his part, Jacques Boutault, mayor of the Second Arrondissement in Paris and a member of a union of French mayors supporting a democratic Iran, said, “France must send an investigative mission to prisons in Iran,” repeating the call issued by the Parliamentary Committee for a Democratic Iran, which includes French parliamentarians and supports sending a UN mission to uncover the number of dead, wounded and detainees.

On Monday, US Secretary of State Mike Pompeo said the protests in Iran showed that Iranians are overwhelmed, as they see the religious rulers stealing tens of millions of dollars.

Iranian security agents and militias sniped protesters from rooftops and chased them on the streets with batons and sticks, beating them to death, according to an Amnesty International report.

A video posted by Amnesty International on the Internet showed horrific scenes of the pursuit of protesters who took to the streets, while some dead bodies and wounded were "dragged" from hospitals.

Interior Minister Abdolreza Rahmani Fazli has previously admitted that there have been attacks on more than 50 military and security centers, acknowledging that clashes took place in 100 different places in Tehran alone.

Iranian affairs researcher Mohammad Alaeddin pointed out that the Iranian regime has committed horrific crimes against peaceful protesters, which is no secret. The whole world knows what happened, although the numbers are so far inaccurate due to the breadth of the protests and the ensuing repression.

Alaeddin added that the International Criminal Court in The Hague is specialized to deal with these crimes in a way domestic courts cannot. This is the scenario that is expected in the Iranian case, so the activists should document these crimes for submission to the court later as evidence against the killers.

The security forces would not have killed the demonstrators with such heinousness unless they had received high-level orders to end the demonstrations with force and brutality, Alaeddin pointed out. Therefore, the regime's leaders should be held accountable internationally; not only the police chiefs, but also the judiciary and other government sectors that were involved in the massacres.