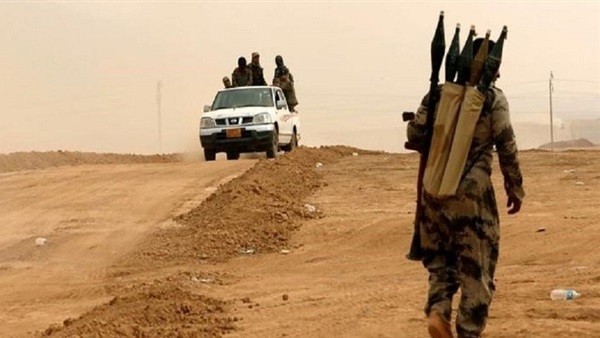 Major concerns about the security situation in the Sahel-Saharan region continue to occupy much of the attention of international officials, after entering a dark tunnel with the proliferation of terrorist groups and their armed operations against civilians and military personnel.

In a speech to the UN Security Council on Sunday, December 1, 2019, the United Nations Assistant Secretary-General for Africa, Bento Keita, announced the high incidence of attacks in the Sahel-Saharan region, with 489 incidents reported this year in Burkina Faso alone, for example compared to 151 last year.

“Two years after the formation of the joint force known as the 'G5', the terrorist incidents in Niger have also tripled in 2019, '' Keita said, noting that violence has transcended other West African countries and that terrorism is a common problem for all. No country can deal with it alone.

Keita called for providing financial assistance to the anti-terrorism force of the Group of Five Sahel and Sahara, known as "G5", stressing the need for a comprehensive review of the situation in the region, by calling on the international community to support the Sahel force.

She concluded that most of the G-5 countries already allocate about 20% of their national defense and security budgets, and welcomed the promises made by the Economic Community of West African States last September.

For her part, French Defense Minister Florence Barley said in an interview published in the newspaper «Le Journal du Dimanche», that the battle waged by Paris against terrorist elements in the Sahel and the Sahara will take a long time.

She stressed that the situation was deteriorating, as evidenced by the losses incurred by the armies of Mali, Burkina Faso and Niger.

"This region is at the gates of Europe, and all Europeans will realize that if we do nothing, we will have vast territories left behind by states and will become sanctuaries for terrorist groups affiliated with ISIS and al-Qaeda," Barley said.

The French defense minister confirmed that Chad has agreed to mobilize more troops in the central region, within the framework of the joint force of the five Sahel countries, which includes: (Mali, Chad, Burkina Faso, Niger and Mauritania), to replace the French army after strengthening its influence in the region.

Disaster of humanitarian situation in the coast

In November 2019, the UN Security Council meeting, attended by military commanders from the Sahel countries, focused on the status of the joint military force set up by the five Sahel countries several years ago to fight terrorism in the region, but still suffers from a lack of funding, training and equipment.

At the time, the UN envoy to Africa Keita highlighted a detailed report on the deteriorating security situation in the African coast, and said that the terrorist attacks reached an unprecedented pace, especially in the border triangle between Niger, Mali and Burkina Faso, stressing that statistics confirmed that the number of IDPs in this region has reached around one million, double the number last year (2018).

Macron said Paris was working in the Sahel-Saharan region on behalf of the whole world, adding that the mission there was necessary.

Mohamed Ezzeddine, an African researcher, says the Sahel-Saharan region has become a concern for the whole world, as the gathering of terrorist organizations in that region casts a shadow on the security situation of the West African Community.

Ezzedine stressed in a statement to the Reference that the terrorist organizations have their own equipment and funds and trained personnel, pointing out that there is a large exploitation of these groups of gold and oil mines, the main reason behind their presence in West Africa.