Is there a decision to assassinate Erdogan? 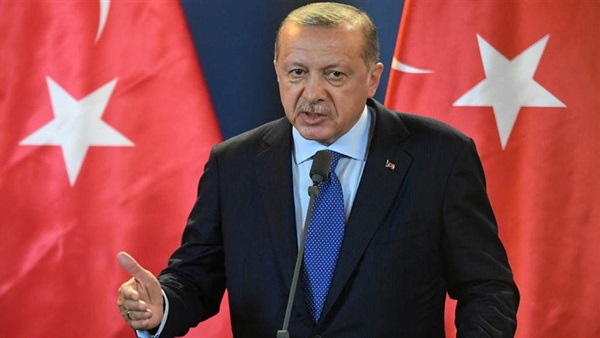 When a person is slaughtered, he spends a few moments of flouncing, which is what Turkish President Recep Tayyip Erdogan currently experiencing as attempts to assassinate him have increased recently.

In this sense, Erdogan is now openly calling for “awaited” assassinations, describing this as “good news.”

A Turkish member of parliament for the pro-Kurdish Peoples' Democratic Party, Garo Paylan has said he had information of planned hits on Turkish opposition figures abroad, notably in Germany.

"This Turkey-based structure mobilized certain assassins for these killings, in Germany, France and other European countries. I have verified this information from multiple sources, and I passed it on to the Turkish government. I talked with the relevant ministers, and the intelligence sevice. German security units made a statement today and approved this information," he said.

Speaking to Euronews Paylan claimed thousands of journalists and academics, who escaped from Turkey after the crackdown following the failed 2016 coup, have now fled Europe faced with the death threats.

Erdogan has signaled that an operation is being planned to take out the leader of the Syrian Democratic Forces (SDF).

“Some countries eliminate terrorists whom they consider as a threat to their national security, wherever they are. Therefore, this means those countries accept that Turkey has the same right. This includes the terrorists they shake hands with and praised,” said Turkish President Recep Tayyip Erdogan, referring to the SDF commander Mazloum Kobani according to the pro-government Yeni Safak daily.

Kobani heads up the SDF, which until recently was a crucial ally for the United States (U.S.) in the fight against the Islamic State (ISIS) in Syria.

While U.S.  Senator Chris Van Hollen has said, “Erdogan wants to assassinate Gen. Mazloum, the commander of the Syrian-Kurdish led forces who have led the fight against ISIS and helped us get Baghdadi and Trump wants to host Erdogan at the White House in less than 10 days?”

“Sickening. This must not happen,” Hollen added.

Ilham Ahmed, the president of executive committee of the Syrian Democratic Council (SDC), has also described Erdogan’s announcements as direct threats against the SDF leader who “bravely stood in the face of Daesh.”

In addition, a co-operation lawyer for the German embassy in Turkey has been detained in Ankara on suspicion of espionage, raising tensions between the two Nato allies.

Der Spiegel reported the German federal government fears that Turkey’s authorities and its secret service MIT have seized data and files of about 50 Turkish citizens who have applied for asylum in Germany while arresting the lawyer in September.

Among the applicants are prominent Kurds and supporters of prominent cleric Fethullah Gulen, who is living in exile in the US and is blamed by Ankara for an attempted coup in 2016.

The German Foreign Office condemned the arrest as "incomprehensible”, in a new strain of relations between Ankara and Berlin.

On the other hand, German authorities have carried out raids on an organised international network allegedly engaging in illegally transferring millions of euros to Turkey. Police searched 60 apartments as part of an early morning raid and six arrests warrants have been issued for 27 suspects in the case, it said.

Up to €1 million was transferred through the informal network daily and more than €200 million ($222.4 million) in total, according to investigators.

It is not certain who Erdogan's "good news" will target, but if there are attacks on Turkish regime opponents in Germany, it is already clear who is responsible for it.