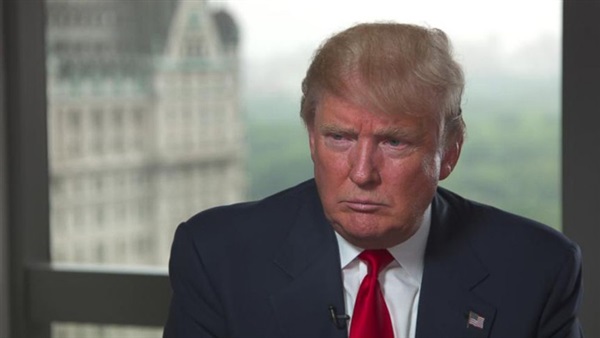 Not even overwhelming evidence that Trump sought to bribe a foreign power to dig up dirt on his leading political opponent in 202o – and did so with American taxpayer dollars, while compromising American foreign policy – will cause Trump to be removed from office.

That’s because there’s zero chance that 2o Republican senators – the number needed to convict Trump, if every Democratic senator votes to do so – have enough integrity to do what the constitution requires them to do.

These Republican senators will put their jobs and their political party ahead of the constitution and the country. They will tell themselves that 88% of Republican voters still support Trump, and that their duty is to them.

It does not matter that these voters inhabit a parallel political universe consisting of Trump tweets, Fox News, rightwing radio, and Trump-Russian social media, all propounding the absurd counter-narrative that Democrats, the “deep state”, coastal elites, and mainstream media are conspiring to remove the Chosen One from office.

So if there’s no chance of getting the 20 Republican votes needed to send Trump packing, is there any reason for this impeachment proceeding to continue?

The first is the constitution itself. Donald Trump has openly abused his power – not only seeking electoral help from foreign nations but making money off his presidency in violation of the emoluments clause, spending funds never appropriated by Congress in violation of the separation of powers, obstructing justice, and violating his oath to faithfully execute the law.

A failure by Congress to respond to these abuses would effectively render the constitution meaningless. Congress has no alternative but to respond.

The second reason is political. While the impeachment hearings don’t appear to have moved Republican voters, only 29% of Americans still identify as Republican.

The hearings do seem to have affected Democrats and independents, as well as many people who sat out the 2016 election. National polls by Morning Consult/Politico and SSRS/CNN show that 50% of respondents now support both impeaching Trump and removing him from office, an increase from Morning Consult/Politico’s mid-November poll.

Presumably anyone who now favors removing Trump from office will be inclined to vote against him next November. The House’s impeachment could therefore swing the 2020 election against him.

The third reason for the House to impeach Trump even if the Senate won’t convict him concerns the pardoning power of the president.

Assume that Trump is impeached on grounds that include a raft of federal crimes – bribery, treason, obstruction of justice, election fraud, money laundering, conspiracy to defraud the United States, making false statements to the federal government, serving as an agent of a foreign government without registering with the justice department, donating funds from foreign nationals, and so on.

Regardless of whether a sitting president can be indicted and convicted on such criminal charges, Trump will become liable to them at some point. But could he be pardoned, as Gerald Ford pardoned Richard Nixon 45 years ago?

Article II, section 2 of the constitution gives a president the power to pardon anyone who has been convicted of offenses against the United States, with one exception: “in Cases of Impeachment.”

If Trump is impeached by the House, he can never be pardoned for these crimes. He cannot pardon himself (it’s dubious that a president has this self-pardoning power in any event), and he cannot be pardoned by a future president.

Even if a subsequent president wanted to pardon Trump in the interest of, say, domestic tranquility, she could not.

Gerald Ford wrote in his pardon of Nixon that if Nixon were indicted and subject to a criminal trial, “the tranquility to which this nation has been restored by the events of recent weeks could be irreparably lost”.

Had the House impeached Nixon, Ford’s hands would have been tied.

Trump is not going to be so lucky. The House will probably impeach him before Christmas and then his chance of getting a pardon for his many crimes will be gone.