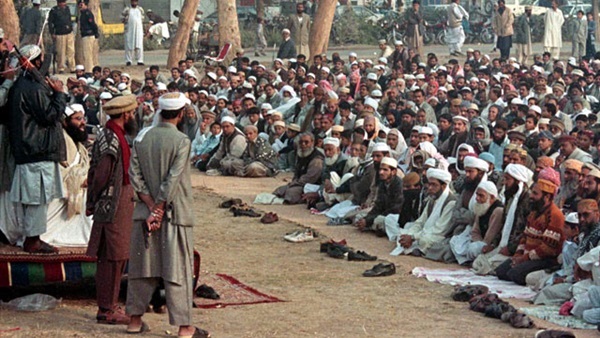 Jamaat-e-Islami (JI), mainly operating in Kashmir which is disputed by India and Pakistan, is closely linked to the Muslim Brotherhood.

A recent report by Indian English language newspaper, The Print, throws light on links between the Kashmiri group and the Muslim Brotherhood.

It quotes Shiv Murari Sahay, a veteran counter-terrorism official, as saying that JI is a South Asian version of the Muslim Brotherhood of Egypt.

"Keeping in mind, the considerations of space, it may not be possible to delve deeper into the factual details of the origins of JI," Sahay said. "However, suffice it to say that JI believes in political Islam.

He noted that the group follows the teachings of Maulana Maududi, Syed Qutb, and Hassan al-Banna in that society and politics should be conducted in line with the divine law of Sharia.

It is an extremist organization, he said, that dehumanizes non-Muslims, Shias, and Sufi Muslims.

"In social domains, it is conservative, fundamentalist, exclusivist and orthodox," Sahay said of JI. "Though like Etqadis or Barelwis, they follow the Hanafi school of thought, they do not believe in Shrine worship and see many syncretic Sufi practices as blasphemy; the impurities borrowed from the Hindu idolatry."

He said JI strongly entrenched itself in the Kashmiri society between 2000 and 2008 through proselytization, social service, religious gatherings, threats, terror, and intimidation.

"The result of their heightened efforts was seen in the unrest that erupted in 2008, and continuing since then," Sahay said.