Story behind Brotherhood's transfer of funds outside Egypt 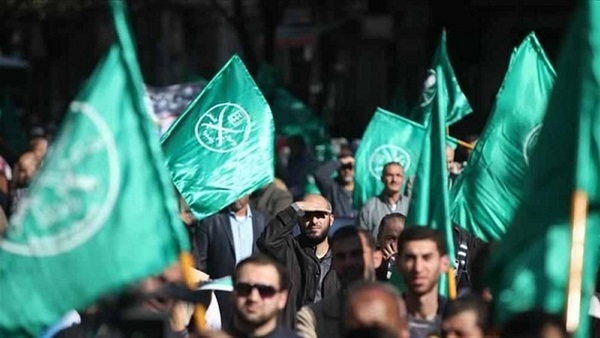 The Muslim Brotherhood has been working on the transfer and recycling of its investments and assets outside Egypt since 2013.

The transfer of Muslim Brotherhood funds to other countries has intensified since the downfall of its regime in the Arab state since July 2013.

Meanwhile, a state-run committee has succeeded in confiscating most of the funds of the Islamist group. The committee also succeeded in cracking down on Muslim Brotherhood networks. This obliged the group to construct new investment networks outside the country.

The Muslim Brotherhood used primitive tools in recycling its funds. Its operatives filled bags and boxes with money, especially foreign currencies, and smuggled them abroad, according to Ibrahim Rabie, a former senior member of the Muslim Brotherhood.

Police found boxes loaded with foreign currencies at the office of deputy Brotherhood supreme guide, Khairat al-Shatir, when it raided the office, the Interior Ministry said in a previous statement.

Brotherhood operatives also used diplomatic passports they were given under Brotherhood president Mohamed Morsi in smuggling the funds of their organization outside Egypt.

They used these passports, he said, in smuggling money to Qatar and Turkey.

He noted that the group also used export and import networks in the smuggling of funds.

The Brotherhood succeeded in getting about 1 billion Egyptian pounds out of Egypt, according to Asharq al-Awsat newspaper.

It said – among other things – the Brotherhood depended on an export and import company owned by Brotherhood businessman Mohamed Salah Mahmud.

It said three company workers succeeded in smuggling around $130 million.

The workers of the companies owned by the Brotherhood were instrumental in the smuggling of its funds outside Egypt, at a time the state-run committee worked hard to survey the funds of the Islamist organization.

Mustafa Hamam, one of the workers of Mahmud's company, participated in this process. He used large envelopes in hiding large amounts of money. The envelopes were not searched or noticed by customs officials at the airports.

Police arrested Hamam on January 8, 2016, as he tried to travel to Jordan. Around $650,000 was found in his possession at the time of his arrest.

The Brotherhood transferred the ownership of its companies to individuals not known to security agencies.

This was how the Islamist group succeeded in getting around the work of the state-run committee, according to Rashad Abdo, an economics professor at Cairo University.

The Brotherhood had to do this after it failed in transferring some funds and assets outside Egypt, he added.

He told The Reference that some of the members of the Brotherhood were not known to security agencies.

The group used these members in bankrolling terrorist operations, he said.

Meanwhile, Islamist affairs specialist Sameh Eid revealed that most of the businessmen affiliated to the Muslim Brotherhood had travelled to Malaysia.

They did this to escape being arrested, Eid said. These businessmen also knew that their money would be safe in these countries, he added.