The Secret History of al Qaeda... the survival variables of the organization’s terror 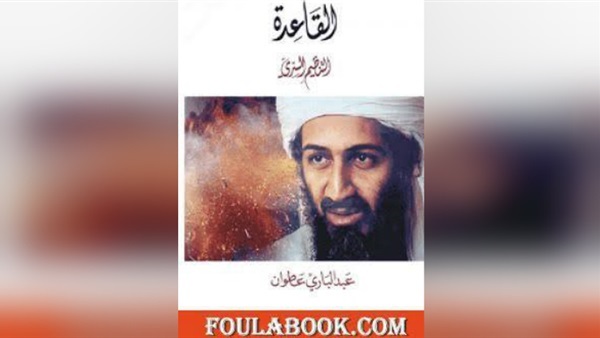 Drawing on unparalleled access to Osama bin Laden and his key associates, journalist Abdel Bari Atwan gives an incisive and timely account, the clearest we have so far, of the rise of the notorious terrorist organization, al Qaeda.

In this lively narrative, the author establishes what al Qaeda is or has become, what it wants, what its capabilities are, and how the West can answer its complaints and challenges.

The only Western-based journalist to have spent time with Osama bin Laden, Atwan begins with an engrossing personal record of his 1996 trip to visit al Qaeda's founder and guide at his Tora Bora hideout. He takes an in-depth look at bin-Laden, presenting a nuanced portrait of the man and a description of his development as the prime exponent of jihad today.

As one of only a handful of journalists who have interviewed Osama Bin Laden in person, Abdel-Bari Atwan wrote this book based on his first-hand knowledge from visiting Al Qaeda camps and interviewing key players, among other in-depth researches. And his findings are intriguing.

Atwan reveals how al Qaeda's radical departure from the classical terrorist/guerilla blueprint has enabled less adaptable efforts to neutralize it. The fanaticism of its fighters, and their willingness to kill and be killed, are matched by the leadership's opportunistic recruitment strategies and sophisticated understanding of psychology, media and new technology—including the use of the Internet for training, support and communications.

Atwan's outspoken London-based newspaper al-Quds al-Arabi, of which he is Editor-in-Chief, has been the vehicle of choice for the release of many al Qaeda electronic communiqués.

The Secret History of al Qaeda reveals events in Iraq and Saudi Arabia as watershed moments in the organization's evolution that are making it more dangerous by the day.

Atwan efficiently charts how the concept of jihad is being refined and appropriated, how a new kind of leader has been made possible by al Qaeda's horizontal chain of command, the making of the suicide bomber as a permanent feature of a global holy war, al Qaeda's economic strategy, and how the war in Iraq has transformed that country into a breeding ground for the most ruthless and militant al Qaeda fighters to date.

Atwan claims that al-Qaida has some influence over young people on the Europe, citing the incident of Charlie Hebdo (a gun attack on the headquarters of a French newspaper in Paris on 9 January 2015 that left 12 dead and 11 injured).

However, the author did not overlook that this presence is not necessarily a clear structural presence, but it may be elusive in concentrated intellectually and emotionally-centered groups that tend to organize, from which attacks ideas and strategy are derived, and obey the remote base leader.

The writer argued that Abu Musab al-Zarqawi has in the past cooperated with a person called Abu Musab al-Suri, in order to displace the trained militants from Iraq to Europe amid the immigrant groups to disturb the region, in order to be the nucleus for the establishment of an organization network in the old continent later.