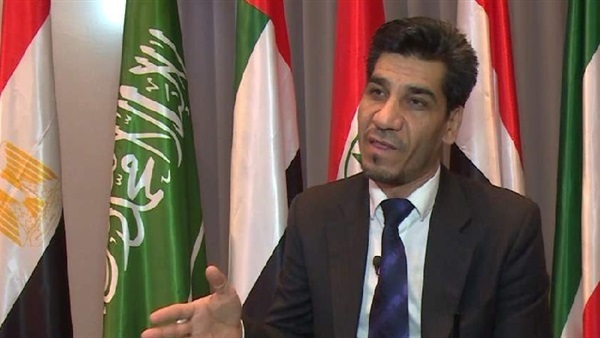 The Iranian street is witnessing large demonstrations after the mullahs' regime raised the price of petrol in the country by 300%, in a new wave shaking the throne of the Supreme Leader Ali Khamenei, and may be the beginning of the fall of the regime.

In his interview with the Vice President of the European Organization for Human Rights, Taha Yassin, the Reference observes the street scenarios and the regime's reactions.

How do you see the demonstrations?

All scenarios are open, whether the protests are extended and sustained or the regime's ability to suppress them in several ways, including sacrificing its papers early, retreating from the rise in gasoline prices and lowering the price before the protests, giving gifts to the protesters in order to silence them, or by introducing the terror paper to suppress the screams of the hungry.

However, the continuation of the protests and their transformation into a kind of intifada will shake the image of Iran in the region.

The majority of observers and analysts compared the current protests with the incidents of 2009, which ended in favor of the regime. The former came after a constitutional crisis and accusations of stealing the votes of candidates for the presidency, and had direct leaders, and its movement was limited to the capital Tehran.

The current protests are part of a hungry uprising, this time will be protests I think so; because people are fed up with the deteriorating situation, which is getting worse day by day, while in 2009 were just protests against the theft of the votes of candidates for the presidency of the Republic.

They came out against those who considered that their votes were not stolen, and thus saw the street split, as the movement was then confined to the capital Tehran, while it now spans several areas

Can you say that gasoline prices ignited the ashes of the revolution?

What the decision of the regime of the Iranian leader did, such as a man who set himself on fire or shot at his feet, the Iranian street came out in all cities to express his refusal to raise prices on hydrocarbons, which leads to high food prices.

The people of Ahwaz went out with large demonstrations in protest against the killing of poet Ahwazi Hassan. These protests lasted for two days, killing a large number of young people arrested by the authorities, and their fate is not known until this moment.

These protests erupted in other areas such as Baluchistan, Kurdistan, Azerbaijan and Ahwaz, and widened after the regime announced the increase of fuel prices, and the latest news is that there is live fire on the protesters, and the occurrence of injuries and the death of more than four Ahwazis from the city of Mohammerah, among them are martyrs Maytham Abdul Wahab al-Manai'at, and Khaled al-Tamimi.

We are witnessing the targeting of demonstrators by live bullets. Will the suppression by force and bullets be the fate of the Iranian movement?

What are the most anticipated scenarios for the movement of the Iranian street?

If the Iranian regime does not fall quickly, its sanctity is definitely over, especially when the demonstrators tore up the Iranian flag and pictures of Khamenei and ran it under their feet.

This regime has no popularity or credit in Iran, neither nationalities nor even Shiites who claim to support them and stand with them.

We watch and follow the protests and uprisings of Iraq and Lebanon, all the money of the regime spent on supporting terrorism, and left the people for 40 years hungry.