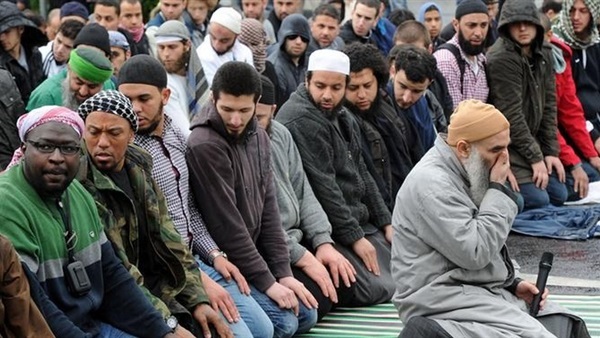 Germany is a Salafist hotspot in a predominantly Christian continent. Groups of ultraorthodox Muslims formed in this country over the years. They control mosques and Islamic centers that work to spread their own brand of Islam.

The Salafists constitute what amounts to an active socio-religious movement. This movement is mainly made up of young Muslims. Around 10% of these people have converted to Islam recently.

The Salafist movement is known to be among the most active in Germany. It is accused of trying to Islamize the German society.

The number of Salafists has been steadily growing in Germany in the last 15 years, according to the German government.

There are around 11,500 Salafists in Germany, according to the regional daily newspaper, Rheinische Post.

In publishing this figure on February 1, the newspaper depended on statistics by the German Interior Ministry.

It said the Salafists have adopted strategies for increasing their numbers in the German society and these strategies are making successes in achieving that goal.

The Salafist movement started taking root and growing in Germany as of 2005, according to most records.

Palestinian businessman, Ibrahim Abu Nagui, was instrumental in the emergence of this movement. Nagui spread the word about Islam in Germany by distributing millions of free copies of the holy Quran.

Nagui's affiliates also utilized social media and the internet in inviting Germans to the Islamic religion.

In 2014, he said in an interview with the German state-owned public international broadcaster, Deutsche Welle, that he hopes that each German would convert to Islam.

"There will be a day when we are capable of founding an Islamic state in Germany," he said.

Nagui was quickly classified by a committee on protecting the German constitution as a "dangerous salafist". The same committee said he promotes the Salafist ideology in his lectures and commends jihad as a way of defending the Islamic faith.

A member of the same committee said the Salafists have a legal status in Germany. The German constitution, he said, allows Salafists to exist, provided that they do not violate the constitution.

Nevertheless, German authorities impose tight supervision on the activities of the Salafists in Germany. German authorities view the expansion of Salafist presence as a challenging matter at the security and social levels. This is why German intelligence is always busy taking precautionary measures against this presence.

On February 1, Rheinische Post quoted a German security official as saying that the rise in the number of Salafists in Germany has become a worrying matter.

"We have to always put in mind that some people are making plans out there," the official said.

According to the daily newspaper, Süddeutsche Zeitung, and other German news outlets, the German intelligence and the committee on the protection of the constitution referred to religious organizations from the three states that offer support to the Salafists and construct mosques and educational institutions in Germany.

The German government worked to put funding coming to the mosques of the Salafists from abroad under control, with the aim of stopping it.

This was why Berlin held talks with several Gulf capitals and put pressure on them. As a result, Saudi Arabia closed down the King Fahd Educational Academy in Bonne in August 2016. Riyadh also decided to suspend plans for the construction of a branch of the academy in Berlin.